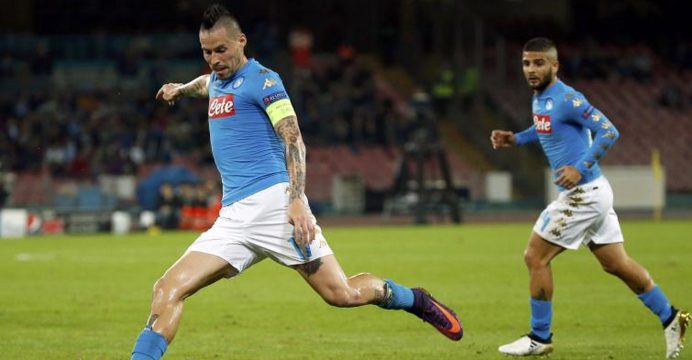 Having squandered numerous chances to clinch their knockout stage place, Benfica and Napoli face a Champions League showdown on Tuesday knowing they will only have themselves to blame if they are eliminated.

The Group B match could easily have been one of the numerous dead rubbers in the final week of the group stage but, instead, the two favourites have everything to play for with Besiktas lurking menacingly in the background.

Napoli’s place looked a formality after they won their first two games in the group and there was even an outside chance that they could have clinched their place in their third match.

Yet clearly missing injured striker Arkadiusz Milik, their campaign went off the rails and they have taken only two points from their subsequent three games, including a goalless draw at home to Dynamo Kiev last month.

Benfica, meanwhile, let slip a 3-0 lead at Besiktas and were held to a 3-3 draw in their last game, missing out on the win that would have sent them through. 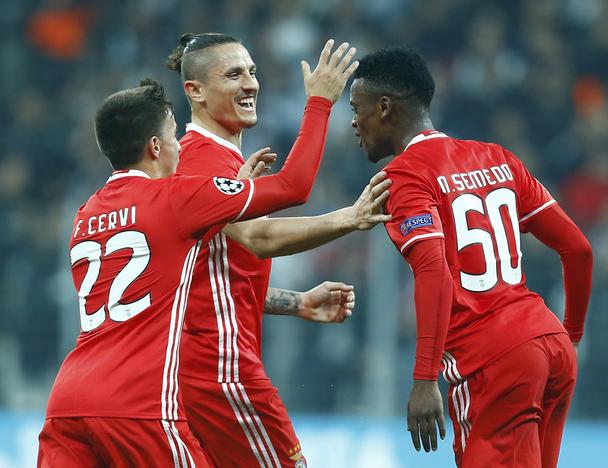 The Portuguese champions also conceded a last-minute goal when they were held 1-1 at home by Besiktas in their first meeting with the Turkish side earlier in the group.

As a result, the two group favourites go into Tuesday’s game level on eight points from five games while Besiktas, who face a frigid trip to eliminated Dynamo Kiev, are lurking a further point behind and could still win the group.

A draw would be enough to send Napoli through on their head-to-head record as they beat Benfica 4-2 earlier in the group, while the Portuguese side must win to avoid having to depend on the other result.

Both teams will qualify if Besiktas lose but the Istanbul side, for their part, must beat Dynamo to qualify without worrying about the outcome of the Benfica-Napoli match.

Twelve of the places in the last 16 have already been settled and all the other teams who will be playing on Tuesday, in Groups A, C and D, already know whether they have qualified or not.

Napoli enjoyed an encouraging 3-0 win over Inter Milan in Serie A on Friday when they managed to rediscover the flowing football that they had played at the start of the season.

Benfica, on the other hand, suffered their first league defeat of the season when they went down 2-1 at Maritimo, although they are still two points ahead of Sporting at the top.

“The defeat had to come some time, but we know that on Tuesday we have a game in our home that we have to win,” said coach Rui Vitoria. “There is no time for regrets.”