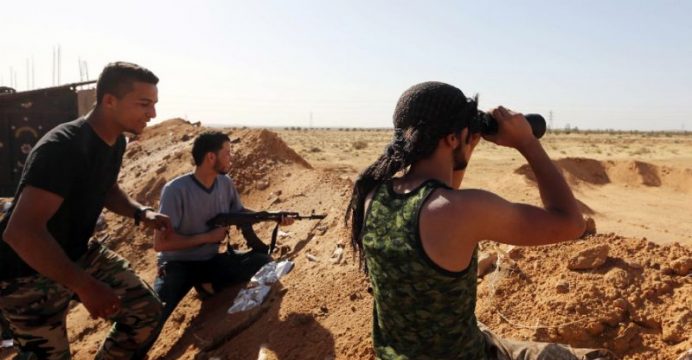 Rival militias clashed in Tripoli on Thursday leaving at least seven people dead, Libyan media said, as journalists reported hearing gunshots and explosions in the south of the capital.

Tripoli is controlled by a loose alliance of militias of different political and religious factions, and clashes between them are an almost daily occurrence.

Five years after Libya’s 2011 revolution that toppled longtime dictator Moamer Kadhafi, the country is embroiled in violence and political chaos as the militias and two rival governments vie for power.

A UN-backed Government of National Accord took up the office in March with the hopes of re-establishing central power and stemming a jihadist threat from the Islamic State group.

It was intended to replace the rival administrations but has failed to win a vote of confidence from the parliament in Tobruk while the Tripoli-based GNA considers it illegitimate.

The GNA suffered a fresh setback in October after the rival Government of National Salvation seized key offices in the capital.