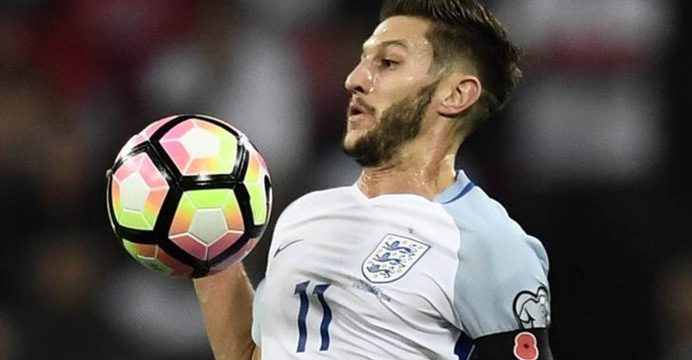 Lallana in line to make Liverpool return at Bournemouth

Midfielder Adam Lallana could be set to make a timely comeback from injury, and step into the boots of Philippe Coutinho when Liverpool travel to Bournemouth in the Premier League on Sunday.

Lallana is back in full training for the first time since suffering a groin injury on England duty last month, and could replace Coutinho, who is facing five to six weeks on the sidelines with an ankle injury, in Liverpool’s starting line-up.

“I am happy about each player back in training. Adam is training, yesterday was the first session. We need to see how he reacts. Yesterday was quite intense,” manager Juergen Klopp told reporters on Friday.

Roberto Firmino picked up a minor calf problem and was a doubt for Sunday’s clash at Bournemouth but Klopp said the striker had returned to training.

“Roberto trained yesterday. Still a little bit of pain but not that serious,” he added.

Liverpool are second in the league and face Bournemouth, West Ham United and Middlesbrough — all in the bottom half of the table — in their next three league matches, but Klopp said he expects no easy points in these games.

“I can’t see it as an easy journey. They all are tough games,” he said.

“All I have to think about is Bournemouth. They have done really well… They are cool enough and confident enough to cause each team problems.”

Klopp was quick to shoot down reports suggesting injured striker Daniel Sturridge could be offloaded in January.

“I don’t think it makes sense. Unfortunately, Daniel is not in training. That is more important than transfers,” the charismatic German said.