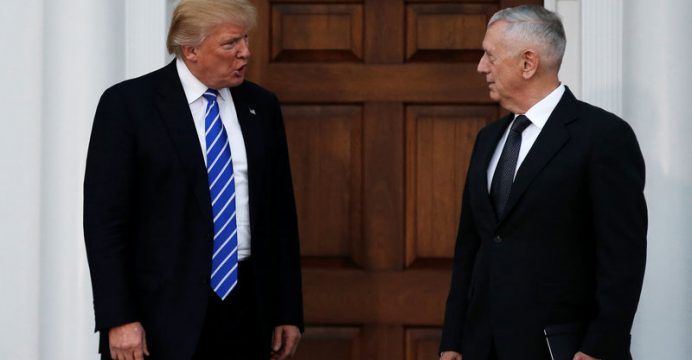 US President-elect Donald Trump has named Gen James Mattis, a former marine who served in Iraq and Afghanistan, as his defense secretary.

“He’s our best,” Mr Trump said, as he announced his pick in a speech in Ohio.

Gen Mattis, who is known as “Mad Dog”, was an outspoken critic of the Obama administration’s Middle East policy, particularly on Iran. He has referred to Iran as “the single most enduring threat to stability and peace in the Middle East”, reports BBC.

Mr Trump made the announcement in Cincinnati at the start of a “USA Thank You Tour 2016” for his supporters.

“We are going to appoint ‘Mad Dog’ Mattis as our secretary of defence,” he told the crowd.

“They say he’s the closest thing to General George Patton [World War Two commander] that we have.” 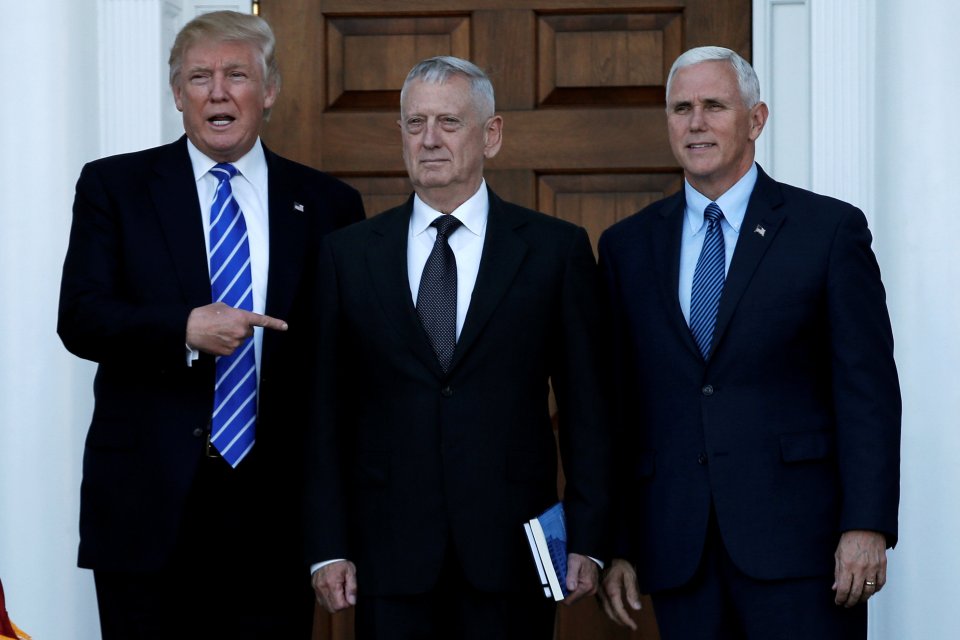 This was billed as the first stop on President-elect Donald Trump’s “thank you” tour of states he flipped from Democrat to Republican in the 2016 election.

It ended up being more like an extended end zone dance, an “in your face” primal scream at all his critics and naysayers.

He took swipes at Hillary Clinton, to a chorus of “lock her up” chants from the crowd. He bemoaned the lack of support he received from his own party. And, as always, he fired invective at the media, as the boos rained down on the reporters typing away in their cordoned-off pen.

The one bit of news he did reveal – that he had picked retired General James Mattis to be defence secretary – was seemingly impromptu. “Don’t let it out of this room, promise,” he said, to cheers.

It was Campaign Trump in top form. He clearly had a script – unveiling his “action plan” for his presidency – but he enthusiastically deviated from it, much to the crowd’s delight.

“Should I go on just a little bit longer?” he asked. The crowd roared.

During his speech, he said a divided America must come together, but it seems unlikely any Democrats watching felt like sharing a group hug.

He also took part in the invasion of Iraq in 2003 and played a key role a year later in the battle of Fallujah against Iraqi insurgents.

Gen Mattis retired in 2013 after serving as the commander of the US Central Command. Correspondents say his nomination will be popular among US forces.

He also received the backing of Senator John McCain, chairman of the armed services committee, who will conduct his confirmation hearing.

“He is without a doubt one of the finest military officers of his generation and an extraordinary leader who inspires a rare and special admiration of his troops,” Senator McCain said in a statement.

“America will be fortunate to have General Mattis in its service once again.”

However, a legal hurdle must be overcome before he can be appointed. Under US law, a retired officer must be out of uniform for at least seven years before he or she can serve as defense secretary.

Republican-controlled Congress will have to approve legislation bypassing the requirement so he can take up the role.