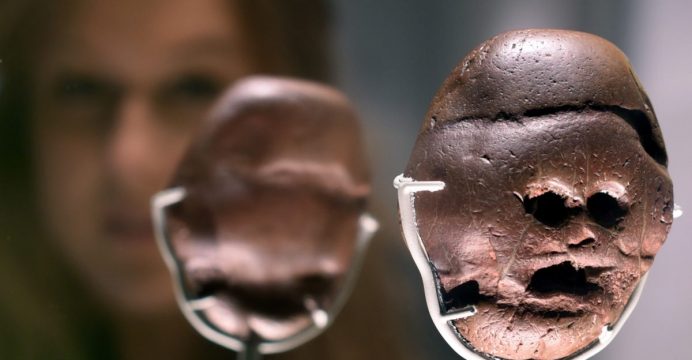 In a corner of the British Museum’s new South African exhibition, near an ancient golden rhino and a collection of apartheid-era campaign badges, sits a glass case holding a pitted, reddish-brown stone.

It is the Makapansgat pebble, on display for the first time in its three-million-year history, curators reckon – an object that, in its own way, outshines the other treasures in the museum’s halls.

Experts theorize a very early ancestor of humans, Australopithecus africanus, picked up the pebble and took it home, mainly because it was interested in a pattern of lines on the surface that, even today, look startlingly like a face, reports Reuters. 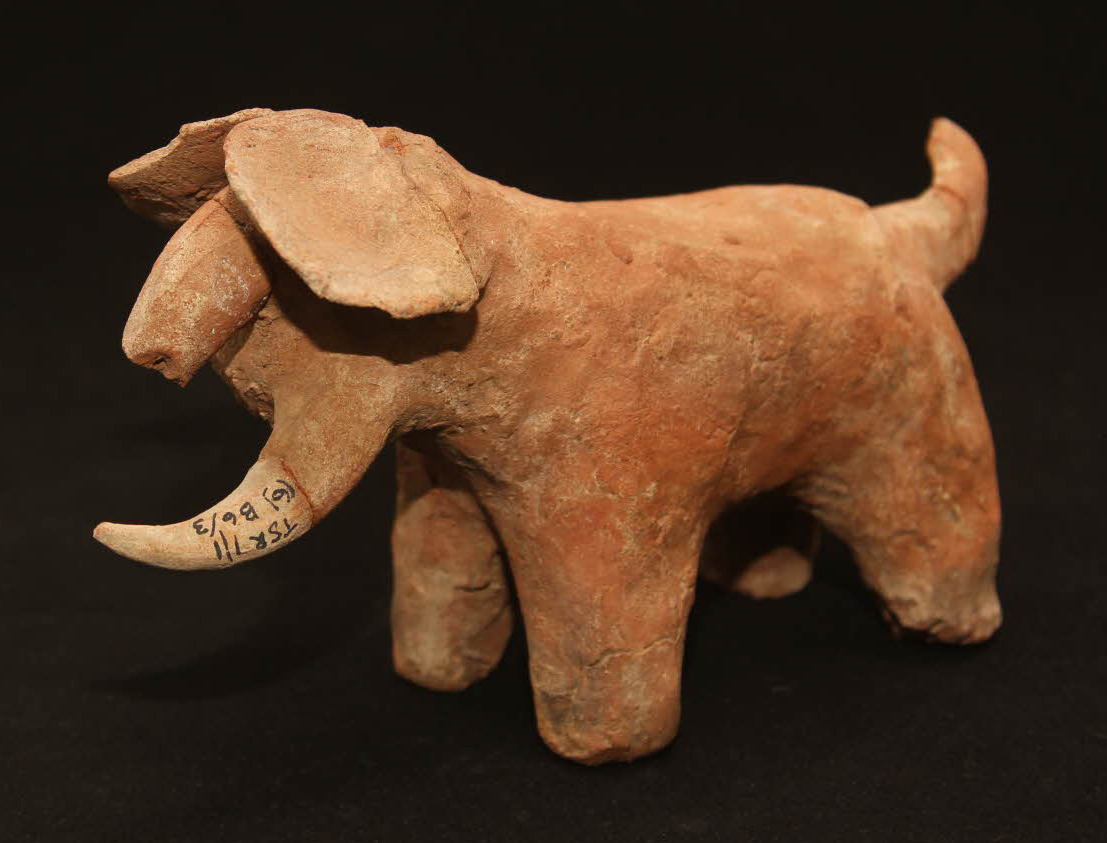 The naturally-formed pebble – also known as the stone of many faces – was found in Makapan valley in Limpopo province near some Australopithecus remains in the 1920s, several kilometers away from its likely source.

The theories have clustered around it since. It could be the earliest known sign of empathy – if the creature saw it as a baby. It could show the development of self-awareness – the stone forms a different face if you turn it the other way round, a face very much like an Australopithecus africanus.

It also has a claim to being the world’s earliest known exhibit – in the sense of an object set aside for special contemplation – giving it an edge over the Elgin marbles one floor down in the British Museum, or the Egyptian mummies two floors up.

That is all theorizing. “It’s impossible to ever really know what’s behind the pebble and if these early australopiths recognized it as a representation of something that looked like them,” said Bernhard Zipfel from the Evolutionary Studies Institute at Witwatersrand University in Johannesburg, which loaned the pebble.

But it is theorizing that has continued to compel experts in the field.