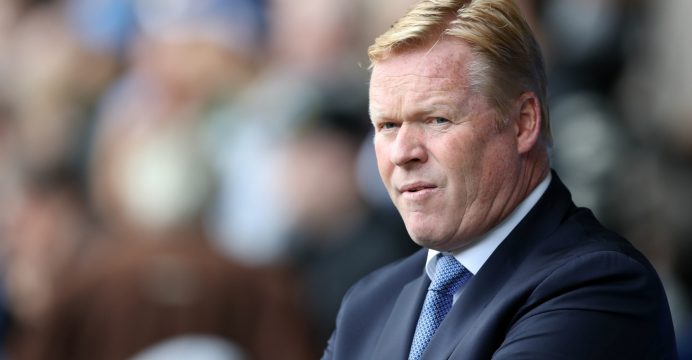 Koeman will get it right at Everton

Former Everton striker Tony Cottee has urged the fans to be patient with manager Ronald Koeman as the team continue to suffer a dip in form.

The Dutch manager returns to Southampton’s St Mary’s Stadium for the first time on Sunday as Everton look for their first victory on the road since the 3-0 win over Sunderland back in September, reports Reuters.

“I think he will get it right at Everton. The fans have got to be patient and allow him to develop the club, bring in some new exciting players and then I think we’ll see them pushing on.

“As long as the Evertonians see some sort of progress then they’ll be patient. After the start they made to the season everyone got a bit excited. But the main word here is patience.”

After collecting 13 out of 15 points in their opening five Premier League fixtures this season, Everton have taken just six from their last seven matches.

Cottee, who moved to Goodison Park in 1988 from his boyhood club West Ham United, believes the sluggish 1-1 home draw with bottom side Swansea last weekend had left the Merseyside club with an uphill struggle.

“Everton have had a great start to the season and their form has tailed off a little bit since. They need to start picking up results,” he said.

“When you don’t win your home games it puts a big pressure on the away matches,” added the 51-year-old television pundit.

“I’d like to think there were lessons learnt in the heavy defeat to Chelsea.

“It’s a big game for Everton and they need to go down to Southampton and perform. They should be pushing for a Europa League position come the end of the season.”

Striker Romelu Lukaku, whose future at Goodison has been the subject of media speculation, has scored seven league goals this season and Cottee thinks seventh-placed Everton rely too heavily on the Belgian forward.

“I’ve always felt that Lukaku has been isolated over the last couple of years he has been at Everton and there has been a bit too much responsibility on his shoulders,” Cottee said.

“I think Ross Barkley is the key player at the weekend. If they can get him in-form and supplying service for Lukaku then I think Everton will pick up.”