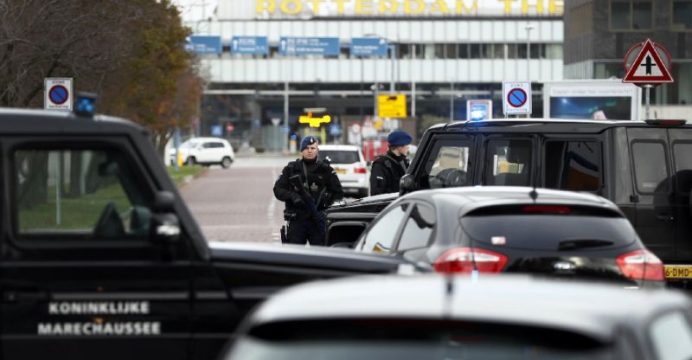 Dutch police have arrested a “confused” homeless man suspected of triggering a security sweep at Rotterdam’s airport on Thursday after an anonymous tip-off about a possible terror threat.

“Rotterdam police have detained an illegal immigrant with an outstanding sentence in connection with their investigation into a possible terror threat,” the Royal Dutch Military Police announced on their Facebook page.

“The suspect is a 45-year-old man without a fixed address and in a confused state, who has previously made similar false statements to the police,” the military police said on late Thursday, reports BSS. 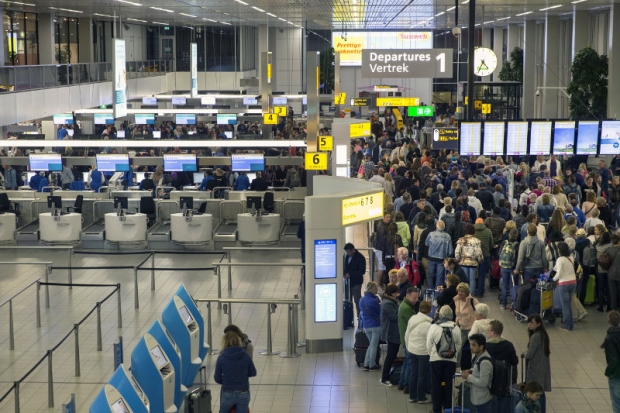 Travellers queuing at the departure zone of the Amsterdam Airport Schiphol. Dutch police launched a sweep at the Rotterdam airport today after receiving a tip-off about a possible terror threat

“The man is believed to be involved in the tip-off and is being questioned as police think he may have some valuable information.”

The military police added that they had reviewed security measures in and around the airport, but gave no further details.

Armed military police beefed up security at the small international airport on Thursday after they received the anonymous phone call, according to Dutch media, about an unspecified terror threat.

Officers carrying machine guns and wearing bulletproof vests checked and searched some cars and buses arriving at the airport.

More armed military police officers were stationed outside the entrance to the airport, which caters mainly for flights to Britain, Spain, Germany and other European destinations.

An investigation was “immediately launched” after “an anonymous message indicating a possible threat at Rotterdam The Hague Airport” was received,the police said in an earlier statement.

“Certain extra security measures, both visible and invisible, are being put into place,” the statement said, adding that Rotterdam mayor Ahmed Aboutaleb was being kept informed about developments.

In a short news conference, spokesmen for the military police said that air traffic was not being stopped to the airport.

Flights were not affected in and out of the airport, which lies about six kilometres (three miles) north of Rotterdam, the busiest port in Europe.

The Netherlands has been on high alert since the Paris attacks a year ago,and on Monday the Dutch counterterrorism agency warned that jihadist fighters returning from Iraq and Syria amid an offensive against the Islamic State group could increase the risk of a terror attack.

Earlier this year a drunk Polish man sparked a late-night scare at Amsterdam’s Schiphol airport by falsely claiming to have a bomb in his backpack.

Police partially evacuated the airport — one of Europe’s busiest travel hubs — during that incident, which came just three weeks after the March 22 attacks on Brussels airport and metro left 32 people dead and hundreds wounded.