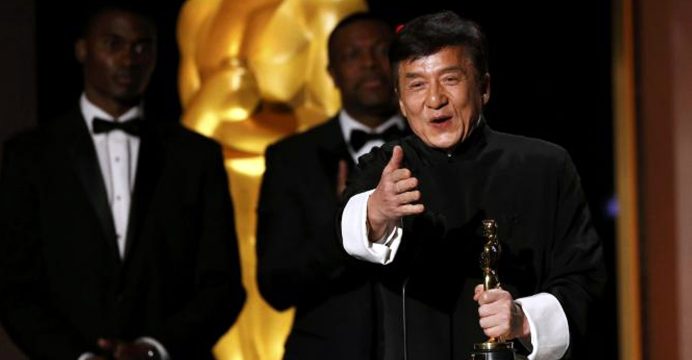 When Jackie Chan saw an Oscar at Sylvester Stallone’s house 23 years ago, he said that was the moment he decided he wanted one.

On Saturday at the annual Governors Awards, the Chinese actor and martial arts star finally received his little gold statuette, an honorary Oscar for his decades of work in film.

“After 56 years in the film industry, making more than 200 films, after so many bones, finally,” Chan, 62, quipped at the star-studded gala dinner while holding his Oscar, Reports reuters.

The actor recalled watching the ceremony with his parents and his father always asking him why he didn’t have Hollywood’s top accolade despite having made so many movies.

He praised his hometown Hong Kong for making him “proud to be Chinese,” and thanked his fans, saying they were the reason “I continue to make movies, jumping through windows, kicking and punching, breaking my bones.” 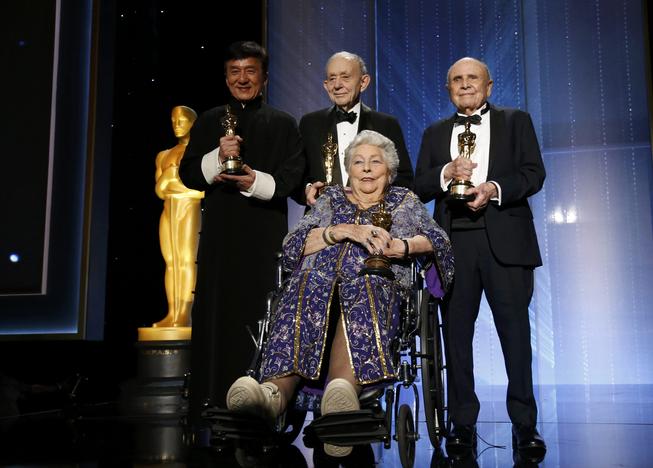 The actor was introduced by his “Rush Hour” co-star Chris Tucker, actress Michelle Yeoh and Tom Hanks, who referred to him as “Jackie ‘Chantastic’ Chan.”

Hanks said it was especially gratifying to be able to acknowledge Chan’s work because martial arts and action comedy films were two genres often overlooked during awards season.

Stalmaster, 88, credited with securing career-defining roles for actors such as Jeff Bridges, Andy Garcia, Christopher Reeve and John Travolta, is the first casting director to receive an Oscar.

Coates, 90, who won the film editing Oscar for 1962’s “Lawrence of Arabia” and has edited more than 50 films, said she shared her honorary Oscar “with all the unsung heroes” of filmmaking.

Wiseman, 86, whose documentaries include 1970’s “Hospital,” 1987’s “Blind” and last year’s “In Jackson Heights,” said: “I think it’s as important to document kindness, ability and generosity of spirit as it is to show cruelty, banality and indifference,” he said.