Homeless people were the guests of honor on Saturday night at a special benefit concert in the Vatican conducted by Oscar winning composer Ennio Morricone.

Morricone, 88, who won this year’s Academy Award for “The Hateful Eight,” premiered a new, short composition for the event called “God, One of Us,” and also conducted the orchestra in some of his most famous film sound tracks, reports Reuters.

They included three tracks from one of his most evocative sound scores, for the 1986 film “The Mission,” by Roland Joffe and one from Sergio Leone’s 1984 film “Once Upon a Time in America”. 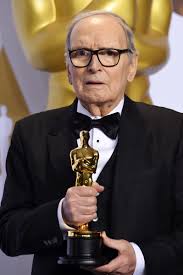 Several thousand of Rome’s homeless were given pride of place in the front rows of the large auditorium where Pope Francis holds some of his general audiences. Diplomats, Vatican officials and other VIPs were behind them.

“I live in a tent. It was something else for me to be in the front row here,” said Attila, a 48-year-old Hungarian man who lost his construction job in Rome and was brought to the concert by a Catholic charity.

The pope is due to say a special Mass in honor of homeless people on Sunday as part of the Roman Catholic Church’s Jubilee Year of Mercy.

Morricone, one of the world’s most prolific composers of film scores, is best known for the music that accompanied Italian director Sergio Leone’s so-called Spaghetti Westerns, such as “A Fistful of Dollars,” “For a Few Dollars More,” and “The Good, the Bad and the Ugly.”

Donations made at the concert, where entry was free, will go to help build schools and churches in Uganda and Burkina Faso.