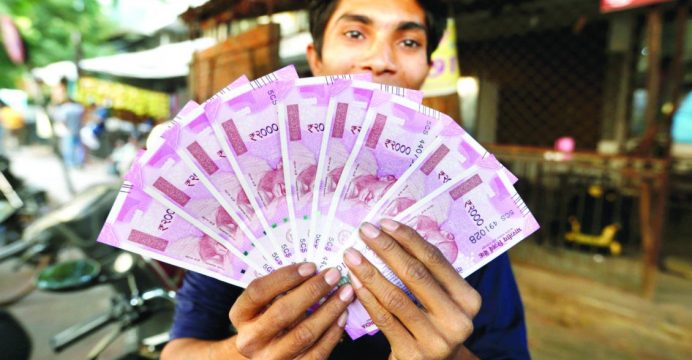 Indian bank shares took a hammering on Friday as customers struggled to get their hands on new notes three days after the government’s shock decision to withdraw high-denomination bills from circulation.

Snake-like queues formed outside banks for the second day running as increasingly-desperate Indians across the country tried to exchange worthless 500 and 1000 rupee notes for the new 2,000 bills, introduced on Thursday, reports BSS.

But many banks ran out of the new notes and cash machines ran dry, leaving many who queued for hours out of pocket. 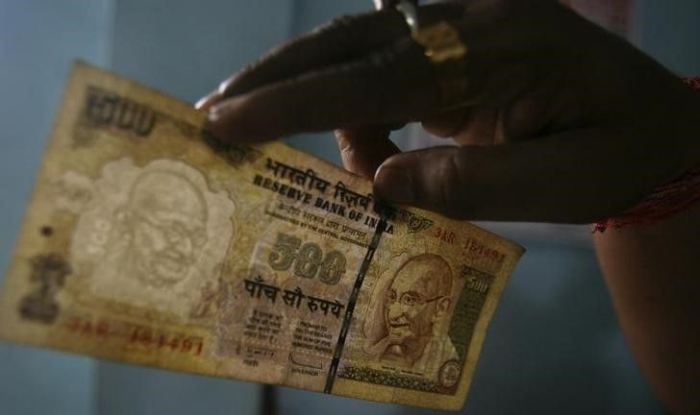 ICICI Bank plunged 5.32 percent on Friday, State Bank of India slumped 3.09 percent while the Bank of Baroda closed down 2.49 percent on the Sensex index of Mumbai’s Bombay Stock Exchange.

“The sudden announcement has caused a problem for banks but the sector will eventually benefit from the demonetisation drive,” Sujan Hajra, chief economist at brokerage firm Anand Rathi securities, told AFP.

Traders complained that a government-enforced limit on withdrawals meant they were unable to pay staff.

“We had paid salaries to around 700 workers on Monday but most of them haven’t been able to change their money at banks and are complaining about a cash crunch,” Vikram Deep Singh Sekhon, a tea garden manager in West Bengal, told AFP.

“They say that because of the situation they haven’t been able to buy some of the most basic daily necessities.”

Modi stunned the country late Tuesday when he announced in a televised address that 1,000 and 500 rupee ($15, $7.50) bills would be withdrawn as part of a blitz on “black money” and fake notes. The government has tried to reassure worried citizens that only tax evaders will suffer under the move.

However, many low-income people — particularly in rural areas — who don’t have access to bank accounts and store cash at home, complain that their savings have been completely wiped out.

On Friday India’s central bank moved to reassure worried bank account holders that sufficient supplies of money were in the system and that it was doing all it could to disperse the notes.

“There is enough cash available with banks and all arrangements have been made to reach the currency notes all over the country,” the Reserve Bank of India said in a statement.

However, it warned that it would take time for commercial banks to “recalibrate their ATMs” and urged members of the public to be “patient”.