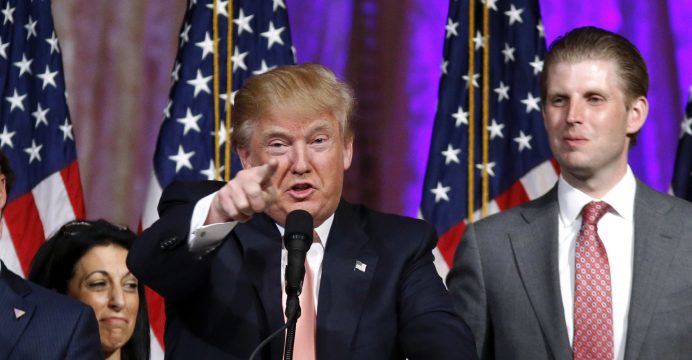 Trump had said during the election campaign he would be willing to withdraw U.S. military stationed in South Korea unless Seoul paid a greater share of the cost of the deployment. There are about 28,500 U.S. troops based in South Korea in combined defense against North Korea, reports Reuters.

Park’s office said she spoke by phone with Trump at around 0100 GMT but could not immediately confirm what was discussed.

During the call which lasted just over 10 minutes, Trump said the United States would maintain a strong defense posture to protect South Korea, Yonhap cited unnamed diplomatic sources as saying.

Park congratulated Trump on his election and said the alliance between the two countries has grown and mutual trust deepened as they faced various challenges over the past six decades, adding she hoped the ties would develop further.

There was concern in South Korea that a Trump presidency would demand that Seoul sharply raise its share of the cost of maintaining the U.S. military presence in the country.