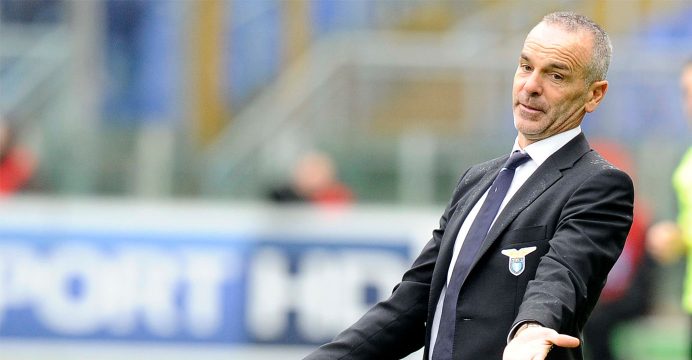 Inter Milan appointed journeyman Stefano Pioli on Tuesday as their ninth coach in the last six years, his first managerial role with one of Italy’s top three clubs.

The 51-year-old, who has coached 10 clubs in Italy’s top two divisions without winning a major trophy, replaced Dutchman Frank de Boer who was fired last week after 85 days and 14 competitive games in charge.

Inter, enduring their fifth consecutive season without Champions League football, confirmed the appointment in a statement.

“FC Internazionale is delighted to confirm that terms have been agreed with Stefano Pioli to become Inter’s new head coach until June 30, 2018,” the club said.

In his previous job, Pioli led Lazio to a third-place finish Serie A in 2014-15 but was less successful last season and was fired in April after an embarrassing 4-1 defeat by neighbours AS Roma.

Inter, AC Milan and Juventus are considered to be Italy’s biggest three clubs, although neither of the Milan sides have won a Serie A title since 2011.

A central defender in his playing days, Pioli’s first job as head coach was with Serie B side Salernitana in 2003.

He moved to Modena, another second-tier side the following year, and got his first chance in the top flight with Parma in 2006.

He was sacked after six months with the team one place of the bottom and went back to Serie B where he coached Grosseto, Piacenza and Sassuolo.

Chievo brought him back to Serie A in 2010 and he moved to Palermo the following year but lasted just 90 days at the notoriously volatile club.

Next stop was Bologna and he kept them in Serie A during two difficult seasons before moving to Lazio.

Inter won the Champions League, Serie A and Coppa Italia treble under Jose Mourinho in 2010 but have not been able to recapture that sort of form since, often languishing in mid-table.

Previously, the club were owned by Massimo Moratti, whose family controls Italian oil refiner Saras, from 1995 to 2013.