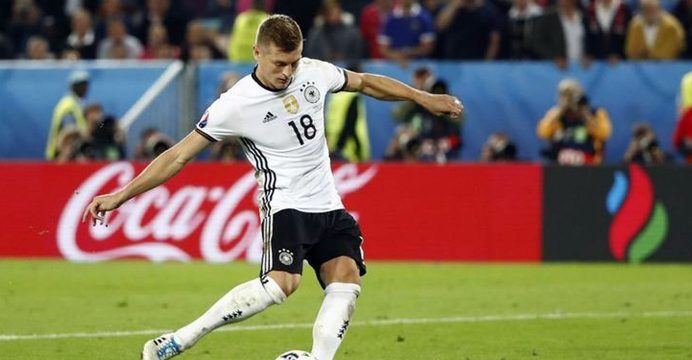 Germany midfielder Toni Kroos will miss the World Cup qualifier against San Marino on Friday after fracturing a bone in his right foot during Real Madrid’s league game against Leganes on Sunday.

Kroos, who was due to skip the friendly against Italy four days later, will be out for some time, the German FA (DFB) said on Tuesday, reports Reuters.

“The midfielder sustained a hairline fracture of the fifth metatarsal in his right foot during the match on Sunday against CD Leganes,” the DFB said. “He will not be able to train for the coming 10 days.”

Kroos signed a two-year contract extension with Real last month that will keep him at the club until 2022.

Coach Joachim Loew also opted to rest some key players, including Mesut Ozil, for the match against the San Marino.