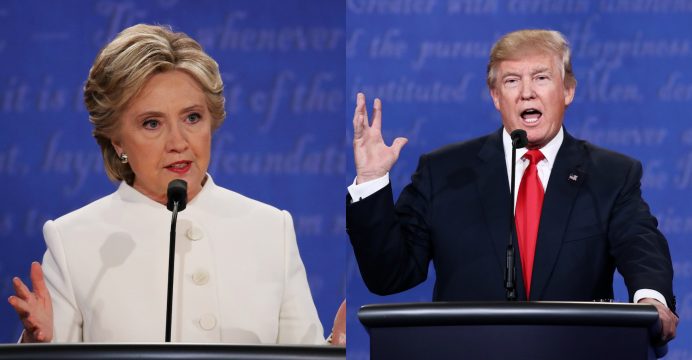 Democrat Hillary Clinton heads into the final day of a tight White House race against Republican Donald Trump on Monday with new momentum after the FBI’s announcement that no criminal charges were forthcoming in the probe of her email practices.

Both Clinton and Trump will spend the day racing across a handful of key battleground states that could swing Tuesday’s election, which polls show is extremely close but tilting toward Clinton, reports Reuters.

FBI Director James Comey sent shockwaves through the race by telling Congress on Sunday that investigators had worked “around the clock” to complete a review of newly discovered emails and found no reason to change their July finding that Clinton was not guilty of criminal wrongdoing in her use of a private email server while secretary of state.

Whether the announcement came in time to change minds or undo any damage from days of Republican attacks on Clinton as corrupt was uncertain. Tens of millions of Americans had cast early votes in the 10 days since Comey first told Congress of the newly discovered emails.

Clinton’s Democratic allies hoped the FBI finding would be enough to push her over the finish line and end the uncertainty and Republican attacks on her character that dogged her campaign for the last 10 days.

“The FBI’s swift and thorough review should finally close the door on this Republican sideshow,” House Democratic leader Nancy Pelosi said, adding the election would now be decided “on the merits of the candidates” rather than innuendo.