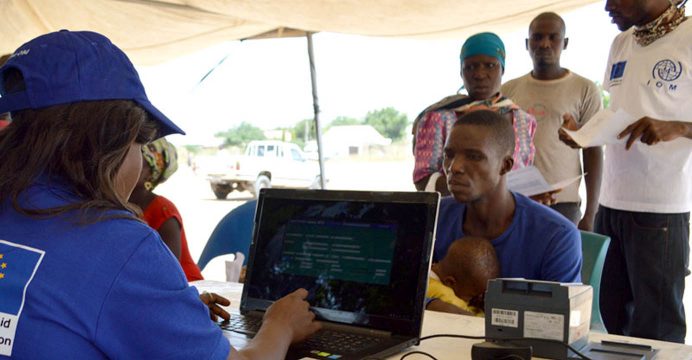 The report shows the number of returnees since August 2015 is up from 910,955 in August 2016 to 958,549. The movements of IDPs, including back to their home areas, are largely associated with unmet needs, the search for humanitarian aid and improving security in some parts of the region.

“The humanitarian community needs to be ready to support the increasing number of people who are going home,” said Enira Krdzalic, IOM Nigeria Chief of Mission. “Many people will return to nothing as so many houses, villages, and crops were destroyed in the conflict. IOM is working with landowners and local communities to provide longer-term shelters for families returning to such devastation,” she added.

This latest DTM report covers 161 sites (camps and camp-like settings) around the four northeastern states, Adamawa, Borno, Taraba, and Yobe, with these types of settlements. Bauchi and Gombe states do not yet have formal or informal camps. The number of sites assessed in this DTM is greater than in any previous displacement tracking report from IOM Nigeria; the last DTM covered 155. Site assessments for this report were conducted between 21 September and 26 October 2016.

Adamawa, Yobe, and Borno are seeing the most IDPs returning to their homes in those three states. Returnees come from within Nigeria and from neighbouring countries, including Cameroon and Chad. Food is the greatest unmet need for nearly half of all people surveyed. Blankets and other non-food relief items are second in demand. Others ask for shelter.

Those three states also have the most IDPs, with 93 percent of the total number: 1,822,541 individuals (321,514 families). That number is down by 3.3 percent (61,173 individuals) from the last DTM, which was published in August. The decrease in IDPs is related to the increase in returnees. It is also related to the reduction in states covered in this DTM, from 13 previously to six. This, however, allowed the DTM to focus on the states most affected by the conflict.

Maiduguri Metropolitan Council local government area in Borno State hosts the most IDPs with 528,765. That has been consistent across previous DTM reports. Nearly all (97 percent) of the IDPs surveyed say they are displaced because of the violence that escalated across the northeast in 2014. Just over half (53.6 percent) of IDPs are female; 55 percent are under 18 years old and half of them are younger than five.