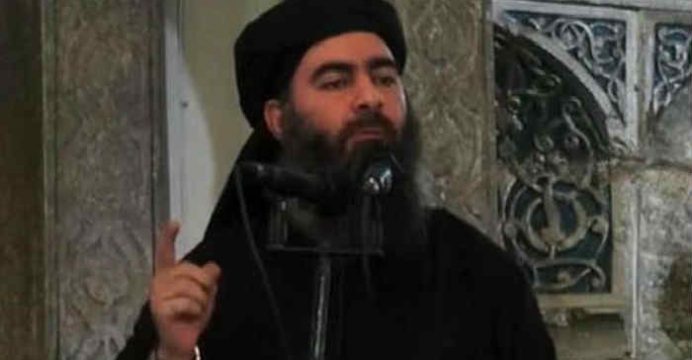 Jihadist leader Abu Bakr al-Baghdadi called on his fighters to resist as Iraqi forces were poised on Thursday to enter the city of Mosul where he declared a “caliphate” two years ago.

The appeal was made in an audio recording released on the Internet and purported to be by the elusive leader of the Islamic State group, his first message this year, reports BSS.

“Do not retreat,” he said. “Holding your ground with honour is a thousand times easier than retreating in shame.”

“To all the people of Nineveh, especially the fighters, beware of any weakness in facing your enemy,” Baghdadi said, referring to the northern Iraqi province of which Mosul is the capital. 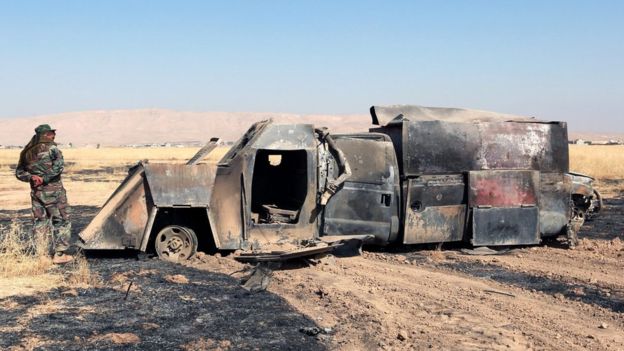 In June 2014, days after jihadist fighters swept across swathes of Iraq, he made a rare public appearance in Mosul and announced the creation of an Islamic “state” straddling Iraq and Syria.

The “caliphate” has been shrinking steadily since last year and Iraqi forces earlier this week reached Mosul, the jihadists’ last major stronghold in Iraq.

Tens of thousands of Iraqi forces, backed by the US-led coalition and its warplanes, launched a massive offensive on Mosul on October 17.

It was not immediately possible for AFP to authenticate the recording, entitled “This is what God and his messenger have promised us”, but leading experts of the jihadist organisation did not appear to doubt it.

Rumors have abounded about the Iraqi jihadist leader’s health and movements but his whereabouts are unclear. IS has had a tendency to fall back when massively outnumbered lately, giving up some of its emblematic bastions — such as Fallujah in Iraq and Dabiq in Syria — without following its own apocalyptic ideology of fighting to the bitter end.

In his latest message, which is undated but makes references to events that are at most a few weeks old, Baghdadi calls for attacks against Saudi Arabia — a favourite target of his — and Turkey.

Ankara has troops stationed at a base just outside Mosul and Turkish President Recep Tayyip Erdogan’s escalating rhetoric has raised fears of a unilateral Turkish intervention in Iraq.

Baghdadi also said that his followers who could not travel to Syria or Iraq should aim for Libya and urged all IS fighters to remain united in adversity.

He attempted to stir up sectarian resentment by referring to religious flags and slogans of Shiite fighters among the Iraqi forces and by accusing the country’s Sunni politicians of treason.

The recapture of Mosul by Iraqi forces could spell the end of the group’s days as a land-holding force in Iraq and deal a death blow to the “caliphate”.

The US-led coalition estimates the number of IS fighters holed up in Mosul at 3,000 to 5,000 and has warned the battle of Mosul could be long and difficult.

Iraqi forces advancing on Mosul from three main fronts have retaken dozens of villages and towns scattered over hundreds of square miles in just over two weeks.

Earlier this week, federal forces reached the eastern edge of Mosul and on Wednesday were clearing the most recently reconquered areas to set up a breach of the city.

Gunfire echoed across the village of Gogjali on Mosul’s eastern edge Wednesday as elite Iraqi forces worked to clear the area.

Civilians, who emerged cautiously from their homes, some carrying white flags, told tales of IS brutality.

“They confiscated my tractor and then threw me in jail for six days. They beat me and when I got out I couldn’t do my work anymore,” said Yusef Fariq.

The 40-year-old farmer, speaking from his home in Gogjali and surrounded by his mother and two sons, still had the long beard IS militants forced him to grow.

“They were killing us, always asking for money, we couldn’t go anywhere. We went through hell,” his mother said.

The electric hair clipper a member of the Iraqi special forces gave to residents of Gogjali was the village’s most popular item as men who had been forced to grow beards by IS were finally able to shave.

With an assault on the city looking imminent, aid groups said they were “bracing for the worst” and warned that the fate of a million-plus civilians still believed trapped inside Mosul was in the balance.

They have called for corridors allowing the safe escape of civilians to be opened. IS fighters have been rounding up residents in villages and using them as cover to move across the battlefield, prompting fears they would systematically hide behind “human shields” to defend the city.