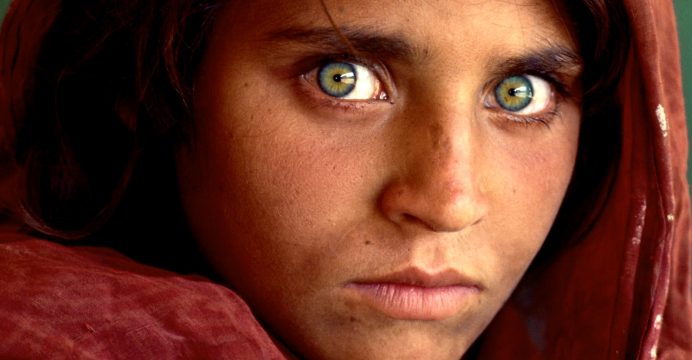 “PakistanŌĆÖs decision to deport Sharbat Gula is a grave injustice. For decades, she was known as the worldŌĆÖs most famous refugee and seen as a symbol of PakistanŌĆÖs status as a generous host. Now, by sending her back to a country she hasnŌĆÖt seen in a generation and her children have never known, her plight has become emblematic of PakistanŌĆÖs cruel treatment of Afghan refugees.

ŌĆ£By forcing Afghan refugees to return across the border into the arms of an increasingly deadly conflict, Pakistan is in breach of the principle of non-refoulement. It is putting the lives of vulnerable people at risk of serious human rights abuses.ŌĆØ

Sharbat Gula is poised to be deported to Afghanistan after serving a 15-day jail sentence and paying a fine, a special anti-corruption and immigration court in Peshawar ruled today.

She was arrested by Pakistan’s Federal Investigation Agency on October 26 from her house in the Nauthia area of Peshawar for allegedly forging a Pakistani identity card.