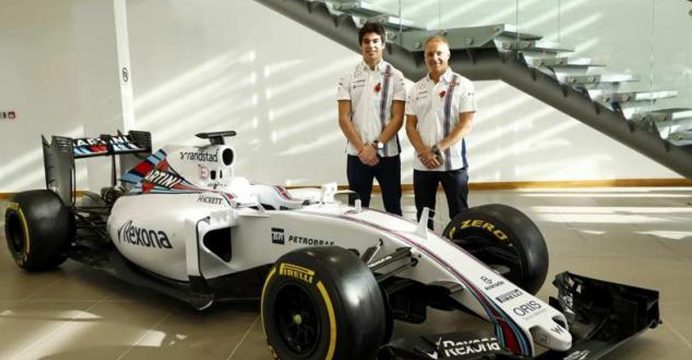 Canadian teenager Lance Stroll will make his Formula One race debut with former world champions Williams next season, the team announced on Thursday.

Montreal-born Stroll, who celebrated his 18th birthday on Oct. 29 and has yet to pass his driving test, will be the first Canadian F1 racer since 1997 world champion Jacques Villeneuve, who won his title at Williams and retired in 2006.

The son of fashion billionaire Lawrence, who made a fortune from the Tommy Hilfiger and Michael Kors fashion brands, Stroll will partner experienced Finnish driver Valtteri Bottas at the Mercedes-powered team.

He replaces Brazilian Felipe Massa, who had already announced his retirement from Formula One.

“Just another regular Thursday,” joked Stroll when asked at a news conference how he felt about the news. “I don’t think it’s quite sunk in yet. I’ve been focused on F3 in 2016.

“I come from money, I’m not going to deny that,” added the Geneva resident, when it was suggested he would not be at the team without his father bankrolling his career, but adding that his record spoke for itself.

“You either have the talent or you don’t,” she said.

“We made this decision a long time ago and we’re really excited,” she said. “He deserves this season in Formula One next year.

“He is so capable, extremely intelligent and puts the work in… for a 17-year-old to have achieved so much, I have total confidence in him when he gets in the cockpit in Melbourne (next March),” she said.

Stroll will be the youngest driver on the starting grid next season, but not the youngest ever to start a race — that accolade belongs to Red Bull’s Max Verstappen who was 17 years and 166 days old when he made his debut for Toro Rosso at the Australian Grand Prix in 2015.

The rules have been changed since then, with 18 set as the minimum age and a points-based super license system introduced. Stroll secured his after winning this year’s European F3 championship.

Stroll has been testing for Williams already in an old Formula One car. Previously a member of the Ferrari academy, he said F3 was a good preparation and regulation changes for 2017 could help him.

“I think the new regulations if anything give a lot of opportunity to the team to get further up the grid,” he said, adding that Verstappen’s performances also gave him confidence.