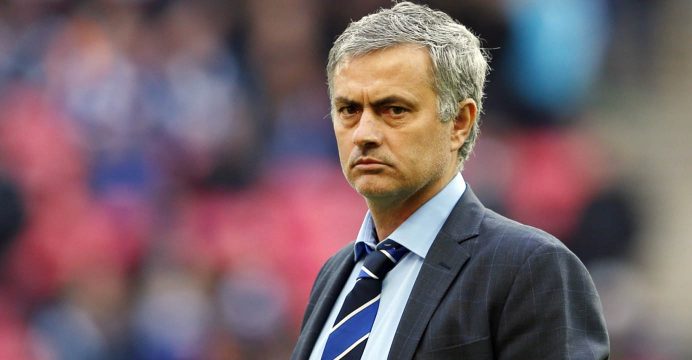 Manchester United manager Jose Mourinho could discover later Tuesday if he has been given a touchline ban after he was sent to the stands during last weekend’s goalless draw home to Burnley.

The Portuguese, no stranger to disciplinary hearings during his two spells at Chelsea, had until Monday to respond to a separate Football Association charge of misconduct over comments about referee Anthony Taylor ahead of United’s recent goalless draw against arch-rivals Liverpool.

But Saturday’s incident at Old Trafford threatens to land Mourinho with a far more severe punishment.

Mourinho was sent to the stands at half-time for protesting too vehemently to the officials, having seen Matteo Darmian denied what the United boss felt was a penalty.

United finished the match with 10 men after midfielder Ander Herrera was sent off in a result that added to the growing pressure on Mourinho, with the Red Devils without a win in four league games and eight points behind the leaders.

While a fine appears the most likely penalty for his comments about Taylor, Mourinho could be hit with a one-match touchline ban, as well as a fine, if the FA find he used insulting and/or abusive language towards referee Mark Clattenburg at Old Trafford.

If Mourinho appeals and that appeal fails, he could be sidelined from the dug-out for two games.

Mourinho failed to attend the post-match press conference that followed the Burnley draw, with assistant Rui Faria speaking to reporters instead.

Asked why Mourinho had been sent to the stands, Faria said: “I don’t know and I don’t think it is really important. I think what is important is what the referee will write in his report. I can’t give you more details.”