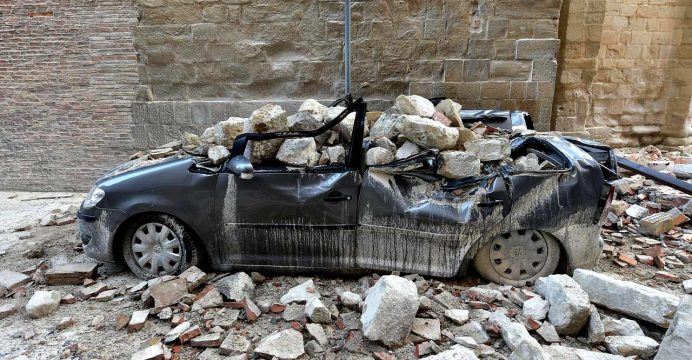 Fabrizio Curcio, head of the national civil protection agency, said there did not appear to have been any fatalities after a tremor that was felt from Rome to Venice struck at 7:40 am (0640 GMT), reports BSS.

“We are checking, there are several people injured but for the moment we have had no reports of victims,” he told a press conference in the city of Rieti, in Lazio province. 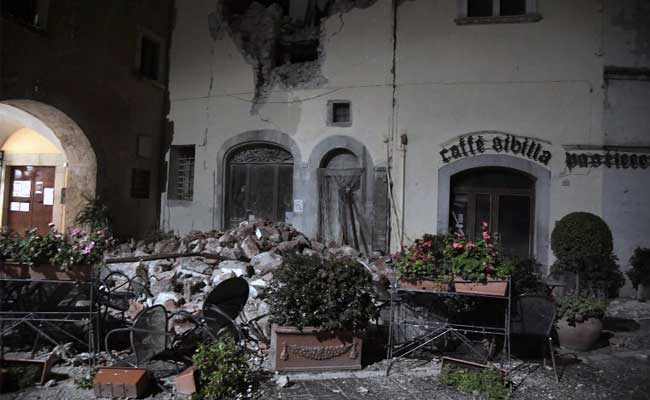 A picture shows destructions in the village of Visso, central Italy, following earthquakes on October 26

But the 14th-century Basilica of Saint Benedict in the Umbrian mountain town of Norcia, said to be have been the birthplace of the Catholic saint, was reduced to a pile of rubble.

The church is looked after by an international community of Benedictine monks based in a local monastery which attracts some 50,000 pilgrims every year. Visibly upset, some of the monks knelt in prayer before the ruins shortly after the quake struck.

The epicentre was located at a depth of six kilometres (3.5 miles) north of the small town of Norcia, according to the US Geological Survey, which measured the earthquake’s magnitude at 6.6.

Italy’s institute of geology and vulcanology (IGNV) measured the quake at 6.5 and said it had been preceded by a 6.1 magnitude shock an hour earlier.

It came four days after quakes of 5.5 and 6.1 magnitude hit the same area and nine weeks after nearly 300 people died in an August 24 quake that devastated the tourist town of Amatrice at the peak of the holiday season.

The 13th-century civic tower in Amatrice, which was damaged but left standing by the August quake, collapsed on Sunday.

As with Wednesday’s tremors, the impact was mitigated by the fact that any buildings deemed vulnerable to seismic activity had been evacuated.

“Everything collapsed. I can see columns of smoke, it’s a disaster, a disaster,” Marco Rinaldi, the mayor of Ussita, one of the pretty mountain villages hit hardest by the last quake, told journalists.

“I was sleeping in my car, I saw hell break out,” he said.

Italy’s civil protection department said there were “checks underway in all the towns affected by this morning’s quake to determine whether there has been any damage to people or buildings.”

The underground rail network in Rome, 120 kilometres from the epicentre, was closed for structural safety checks.