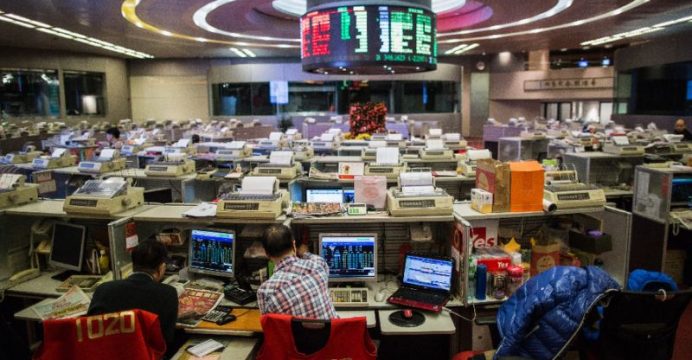 In New York, the Nasdaq took a beating and the S&P was down as well, following declines for the bulk of Asia’s stock markets and Europe’s top indices, reports BSS.

Apple — the world’s biggest company by market capitalization — dropped 2.3 percent in US trading after fourth-quarter earnings tumbled 19 percent on lower iPhone sales. Amazon, Expedia and Google parent Alphabet all fell 1 percent or more ahead of their earnings releases on Thursday. 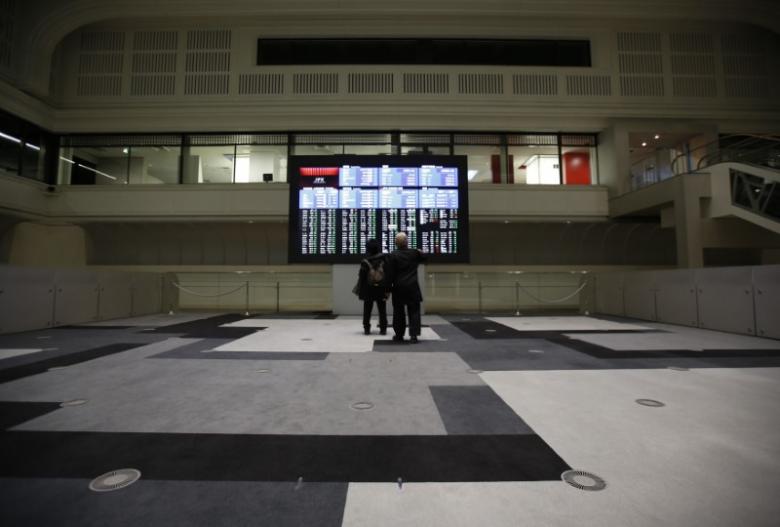 Visitors looks at an electronic board showing the Japan’s Nikkei average at the Tokyo Stock Exchange (TSE) in Tokyo, Japan

On the positive side, Boeing jumped 4.7 percent after the aerospace giant reported higher third quarter earnings and boosted its projection for 2016 commercial plane deliveries. Oil prices fell again Wednesday, despite a bigger-than-expected decline in US crude stocks.

“The big thing today is oil and maybe some disappointment over Apple,” Bill Lynch of Hinsdale Associates told AFP. “The prices of oil have been going down (and) it seems stocks were following oil, which has been the case lately.”

The US oil stocks report came days after key OPEC member Iraq said it should be exempted from the final production quota deal the cartel is negotiating as it was fighting a war against the Islamic State group. The market also reacted to fears that Russia might not take part in the planned deal to cap or cut crude production.

“They say talk is cheap and OPEC appears to be approaching the limits of its ability to jawbone oil higher without something concrete to put on the table,”Jeffrey Halley, senior market analyst at OANDA, said in a note.

Crude prices had been in the ascendancy since last month when the Organization of the Petroleum Exporting Countries, and later Moscow, agreed to limit output in a bid to support prices.