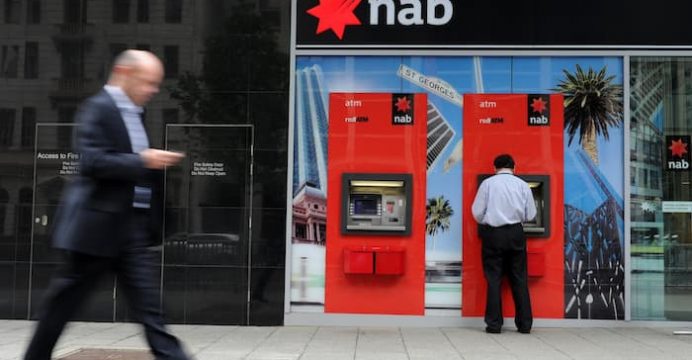 National Australia Bank posted better-than-expected cash earnings on Thursday after “a milestone year” in which writedowns for loss-making assets contributed to a 94.4 percent fall in annual net profit.

Cash profit in the year to September 30, the financial industry’s preferred measure which strips out volatile items, rose 4.2 percent to Aus$6.48 billion (US$4.95 billion), higher than expectations, reports BSS.

But the lender’s net profit dived to Aus$352 million following the spinning off of troubled British asset Clydesdale and most of its life insurance business to Japan’s Nippon.

NAB said net profit excluding these expected losses only decreased 5.6 percent to Aus$6.42 billion. It maintained its dividend at 99 Aus cents, contrary to many analyst expectations that it would slice the payout to shareholders to bolster capital.

The market welcomed the result with the company’s shares 1.86 percent higher at Aus$27.97 in morning trade. Chief executive Andrew Thorburn said the divestments over the year meant the bank was a leaner business moving forward.

“This has been a milestone year for the group with the completion of major divestments including our exit from Clydesdale and the sale of 80 percent of our life insurance business to Nippon Life,” he said.

“NAB moves into 2017 a reshaped business — stronger, simpler and focused on helping our customers in Australia and New Zealand.

“These changes have been achieved while delivering an improved operating performance and maintaining a strong balance sheet, sound asset quality and tight control of costs.”

The bank spun off Clydesdale earlier this year, which involved a one-off Aus$4.22 billion hit from the demerger and float, with its insurance arm offloaded to Nippon Life soon after.

“Cash earnings came in 2.0 percent ahead of expectations on a full year basis and 3.0 percent ahead in the second half,” said Watermark Funds Management analyst Omkar Joshi.

“Overall, the result was a beat, driven largely by lower bad debts and expenses which benefitted from charges taken in previous periods.”

NAB said its charge for bad loans rose 7.0 percent to Aus$800 million over the year, which was below expectations.

ANZ and Westpac banks also report annual results over the next two weeks with all of them battling higher funding costs, lower interest margins and rising bad-debt charges.