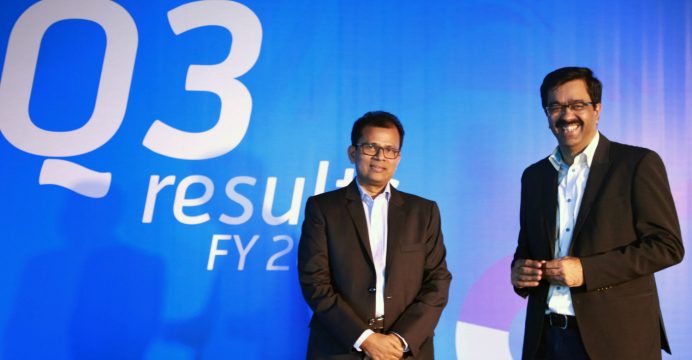 Grameenphone reported revenue of BDT 29.4 billion for the 3rd quarter of 2016﻿

Grameenphone Ltd. reported revenue of BDT 29.4 billion for the 3rd quarter of 2016, a 11.2% growth from the same period last year. Subscription and traffic revenue grew by 13.8% with growing contribution from data. Data revenue growth accelerated to 72.1% (YoY). Voice revenue also grew by 6.6% (YoY) with healthy development of minutes of usage.

Grameenphone ended the quarter with 55.0 million subscribers, a 3.3% de-growth from June 2016. This active subscriber base has no unregistered number after the completion of biometric verification drive. On a yearly basis, subscribers also declined marginally by 0.9%. However, SIM market share improved to 43.7% at the end of July 2016. Grameenphone acquired 1.1 million internet users, taking the quarter end base to 22.9 million.

However, SIM market share improved to 43.7% at the end of July 2016. Grameenphone acquired 1.1 million internet users, taking the quarter end base to 22.9 million.

“This quarter has been a solid one with accelerating momentum of our topline growth. Improvement in the daily revenue generating base along with usage is driving this growth. Data continues to perform well with voice revenue growth continuing”, said Rajeev Sethi, CEO of Grameenphone Ltd. He added, “New subscriber acquisition pace has picked up its momentum and will play an important role going forward.”

He added, “New subscriber acquisition pace has picked up its momentum and will play an important role going forward.”

Net profit after taxes for the quarter was BDT 6.4 billion with 21.9% margin. On a reported basis this represents 55.7% growth from the same period of 2015. Higher revenue and controlled operating expenditure led to improved EBITDA (before other items) of BDT 16.8 billion. EBITDA margin also improved to 56.9%. Earnings per share (EPS) for the period stood at BDT 4.78.

“Quarter 3 marked the highest ever revenue for Grameenphone along with double-digit growth. We have delivered a solid bottom line from this accelerated revenue growth and controlled operating expenditure. We believe the encouraging growth in voice and data usage that we are experiencing is a reflection of our continued investments in network and market”, said Dilip Pal, CFO of Grameenphone Ltd.

GP invested BDT 2.2 billion during the quarter for further rollout of 2G & 3G sites and capacity enhancement for catering higher volume of data and voice. Meanwhile, GP, the largest contributor to exchequer paid BDT 13.8 billion, comprising 46.8% of total revenue to the national exchequer during the period in the form of taxes, VAT, duties and license fees.