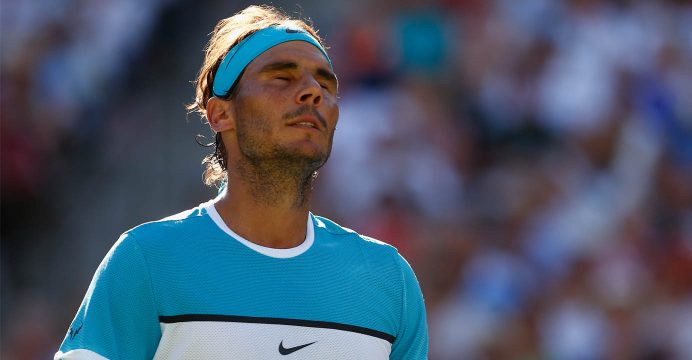 Former world number one Rafael Nadal called time on his 2016 season on Thursday saying he needed to fully recover from the left wrist injury he suffered midway through the year.

The Spanish 14-times gram slam champion said he would play no more tournaments and would instead begin “preparing intensively” for the 2017 season.

The 30-year-old left hander was forced to pull out of this year’s French Open before his third round match, ending his pursuit of an record-extending 10th Roland Garros title, and also missed Wimbledon because of the injury.

He returned to win a gold medal in doubles with Marc Lopez at the Rio Olympics but his results since have been disappointing and he lost his opening match to Viktor Troicki at the Shanghai Masters this month.

While the original wrist tendon has improved considerably a statement from Nadal’s management said he had suffered a “bone edema” due to an overload on a different area of the joint.

“It is no secret that I arrived to the Olympic Games short of preparation and not fully recovered, but the goal was to compete and win a medal for Spain,” Nadal said.

“This forced recovery has caused me pain since then and now I am forced to stop and start preparing the 2017 season.

“Now it is time to rest and start preparing intensively the 2017 season.”

Nadal, ranked sixth, had been due to play in Basel and Paris and was on course to qualify for the ATP World Tour Finals which features the top eight in the rankings.

The Spaniard’s great career rival Roger Federer will also be missing from the season-ender in London after the Swiss also curtailed his season to recover from a knee problem.

“I am very saddened for not being able to play next week in Basel since I have a great memory of the tournament and the final played against Roger Federer last year,” Nadal said.