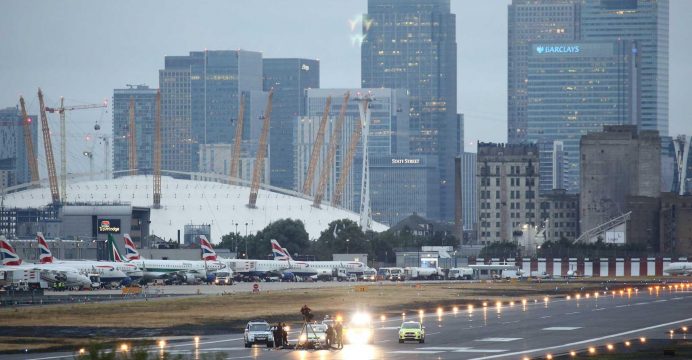 Hundreds of passengers were evacuated and two were later taken to hospital with breathing difficulties after an apparent chemical incident at London City airport on Friday.

“Terminal has been evacuated due to fire alarm. We are looking into the cause,” the airport said on Twitter.

London fire brigade said about 500 people had been evacuated from the airport’s terminal, reports Reuters.

“Three fire engines and a range of specialist appliances have been called to reports of a chemical incident at London City Airport this afternoon,” it said in a statement.

London Ambulance said it had treated 26 people at the airport for breathing difficulties and had taken two to hospital.

A spokeswoman for London’s Metropolitan Police said officers had been called to the airport at around 1500 GMT to reports of several passengers having been taken unwell. “The cause is not known,” she added.