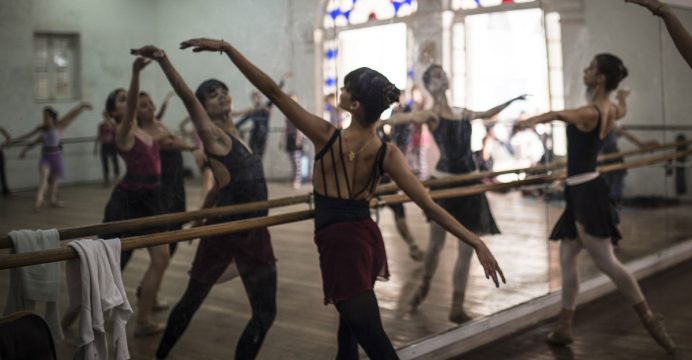 Catherine Conley, the first American full-time student at Cuba’s prestigious National Ballet School, hopes to gain an edge back home by learning the powerful Cuban style with its dazzling turns and jumps. “(Cuba has) an acrobatic style of dance, and I think I could use some of that,” said Conley, 18, wearing a black leotard, her wispy blond hair pulled back in a bun, in an interview at the school housed in a colonial-era palace in Old Havana, reports Reuters.

Communist-led Cuba is renowned for its rigorous, state-subsidized ballet education and has produced an outsized share of dance stars, such as Carlos Acosta and José Manuel Carreño, for a small island of 11 million inhabitants.

Cuba’s National Ballet School (ENB), which claims to be the world’s largest with 3,000 students, has long trained many foreign dancers. But no American had joined its full-time program during the half-century long conflict between Cuba and United States.

That looks set to change in the wake of the detente announced nearly two years ago by U.S. and Cuban Presidents Barack Obama and Raul Castro.

“I think Catherine is the first of many American students to study in Cuba,” said Victor Alexander, the director of the Ruth Page Center for The Arts in Chicago, where Conley had studied ballet since she was a child.