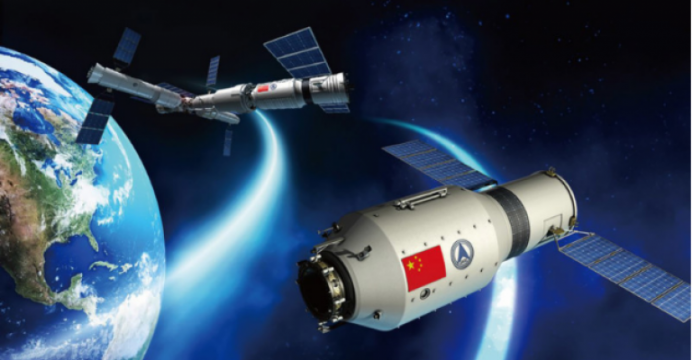 Two Chinese astronauts entered the country’s new orbiting space laboratory for the first time on Wednesday, state media reported, as Beijing works towards having its own space station.

Mission commander Jing Haipeng was first to float into the Tiangong-2 (“Heavenly Palace”) lab, the official Xinhua news agency said, followed by Chen Dong. The pair “extended greetings to all the people of the nation”, it said, reports BSS.

Their Shenzhou-11 (“Divine Vessel”) mission is scheduled to see them stay on board for 30 days — the longest stay thus far by Chinese astronauts — carrying out experiments before returning to Earth. 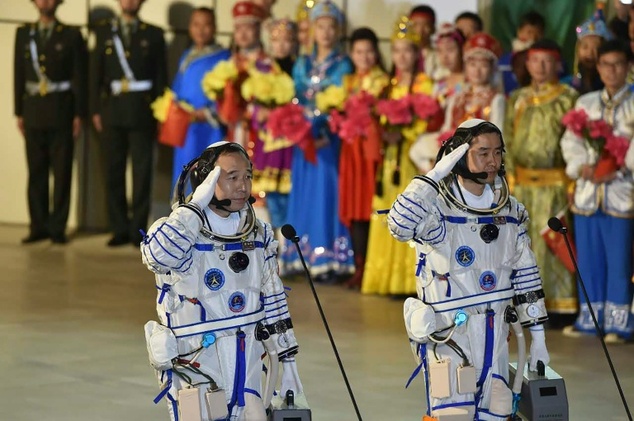 Chinese astronauts Jing Haipeng (L) and Chen Dong salute during the send-off ceremony of the Shenzhou-11 manned space mission in Jiuquan on October 17, 2016

The Tiangong-2 lab, which was launched in September, is in orbit 393 kilometres (244 miles) above Earth, Xinhua said previously, and has two cabins — an hermetically sealed experiment chamber that doubles as the living quarters, and a resources store.

China is pouring billions into its military-run space programme and working to catch up to the US and Europe, with hopes to have a crewed outpost by 2022.

After Monday’s launch from the Gobi desert, Chinese President Xi Jinping sent a message of congratulations, urging the mission to work to contribute “to the building of China into a space power”.

Beijing sees the programme as symbolising the country’s progress and as a marker of its rising global stature, but so far China has largely replicated activities that the US and Soviet Union pioneered decades ago.