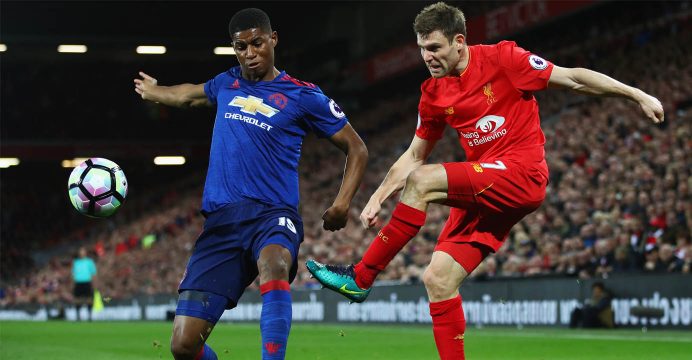 Liverpool went into Monday’s game at Anfield seeking a sixth successive win in all competitions and bidding to draw level on points with Premier League leaders Manchester City and second-place Arsenal.

But United restricted them to few chances, with visiting goalkeeper David de Gea largely untroubled apart from a pair of eye-catching second-half saves to deny Emre Can and Philippe Coutinho.

“The goalkeeper (De Gea) was on holiday for 90 minutes, but he had two big saves to do and he did,” said Mourinho, whose side remain seventh in the table.

“When we recover the ball I was expecting the team to be more dangerous, (although) we had two good chances, but Liverpool did too.

“They are not the last wonder of the world like you (the media) say they are, but they are a very good team so we had to adapt a little to them.”

Premier League statisticians Opta said United had only had 35 percent of possession — their lowest tally for a league fixture since such statistics started being gathered in the 2003-04 season.

But Mourinho returned to the press conference room after he had finished addressing reporters to say the club’s own statisticians thought United had seen more of the ball.

“I thought it was crazy. We do it ourselves with better people than them.”

He had earlier dismissed the importance of statistics, pointing out that United had won 1-0 at Anfield under his predecessor Louis van Gaal last season despite being largely outplayed.

“Last season United won here, Liverpool had 14 shots on target and United had one,” he said.

“You have to be critical of Liverpool. It is their problem, not our problem.”