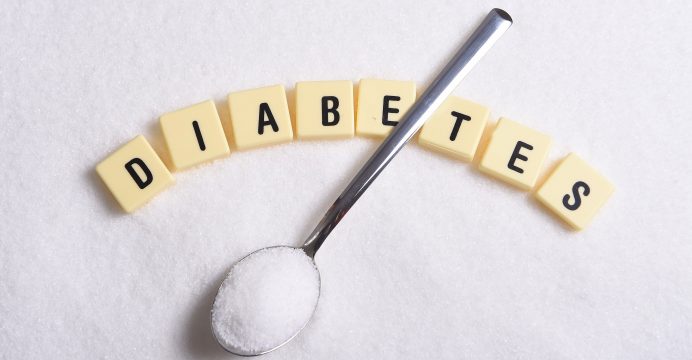 Two new papers published in Diabetologia (the journal of the European Association for the Study of Diabetes [EASD]) reveal the importance of both the amount and timing of physical activity in reducing the risk of developing type 2 diabetes (T2D), as well as aiding the management of the disease in existing T2D patients.

In the first study, Andrea Smith (Health Behaviour Research Centre, University College London, and Institute of Public Health, University of Cambridge) and colleagues examined the results of 23 cohort studies on the relationship between physical activity (PA) and incidence of T2D. The meta-analysis included 1,245,904 non-diabetic individuals from the USA, Asia, Australia and Europe, amongst whom 82,319 incident cases of T2D arose during the studies’ follow-up periods (ranging from 3 to 23.1 years). The authors found a 26% reduction in the risk of developing T2D among participants who achieved 11.25 metabolic equivalent of task (MET) hours/week, the equivalent of 150 min/week of moderate activity, the minimum amount recommended by public health guidelines. Their results also suggest that the benefits of being physically active extend considerably for levels above those minimum recommendations.

Current public health guidelines recommend a minimum of 150 min of moderate to vigorous PA (MVPA) or 75 min vigorous PA (VPA) a week, but self-reported data suggest that as many as a third of adults globally are not meeting these targets. Previous trials conducted in patients with impaired blood glucose tolerance provided some understanding of how PA may have a preventative effect on the progression to T2D in high-risk groups, but the majority of these studies included changes to both diet and PA, making it difficult or impossible to isolate the impact of PA alone.

While PA is known to reduce the risk of T2D, the shape of the dose–response relationship has been uncertain. The authors sought to examine whether significant health benefits could be realised from levels of PA considerably higher than those currently recommended.

Dr Søren Brage (MRC Epidemiology Unit, University of Cambridge), joint senior author on the study says: “Providing quantitative estimates regarding the dose–response relationship is essential for approximating how changes in levels of physical activity in the general population would impact disease incidence, and would support more nuanced guidance to the public and evidence-based dialogue in clinical settings.”

He continues: “Our results suggest that the health benefits of physical activity are apparent even at levels below the recommended levels, compared to not doing any activity, but also that benefits are greater still for those who exceed the minimum recommendations, such that even when PA was as high as 60 MET hours/week benefits continued to occur, with the risk of developing T2D being more than halved in those individuals.”

Dr James Woodcock (Centre of Excellence for Diet and Activity Research, University of Cambridge), the other joint senior author on the study, adds: “We already knew that PA has a major role to play in tackling the growing worldwide epidemic of T2D. However, policy makers rely on models that estimate how much benefit they would get from a policy that increased population levels of activity. By combining the studies together in this way provides a strong evidence base on which to build these models.”

In the second study, Professor Jim Mann, Dr Andrew Reynolds and colleagues from the University of Otago, Dunedin, Otago, New Zealand, explored whether the timing of walking in relation to meals enhances its benefits. Adults with T2D were advised to perform 30 min of walking each day, either as a single block performed whenever the participant wished, or as three 10 min walks undertaken no more than 5 min after each main meal. The study found that exercising after meals delivered a greater benefit from physical activity, resulting in significantly lower blood glucose levels, and suggesting that the timing of PA may confer significant additional health benefits on top of those provided by the activity itself.

Physical activity is a cornerstone of advice to both prevent and manage T2D, having been shown to lower blood glucose levels, reduce cardiovascular risk, and help reduce body fat in the large number of diabetics who are overweight or obese. Current advice for those with T2D promotes a minimum of 150 minutes of PA per week divided into 5 days of 30 minutes each. These 30 minutes per day can be completed either as a single block, or spread throughout the day, to aid compliance. It does not, however, specify when that activity should take place, and as the authors state: “The current study is the first controlled study conducted in free-living adults with T2D that has aimed to determine whether prescribed walking taken for short periods after meals confers longer-term benefits than walking on a single occasion at any time of the day.”

A total of 41 adults (aged 18–75) participants with T2D were selected and advised not to change their diet or lifestyle habits during the 14-day study periods beyond complying with the prescribed walking regime. Fasting blood samples, weight, height and waist size were taken on days 1 and 14, and participants were provided with their PA regimen and a wearable accelerometer to record activity. On day 7, a continuous glucose-monitoring system (CGMS) was fitted to the patient, and they were given a food diary to complete over the following 7 days.  After a 30-day ‘washout’ period, this was repeated with the alternative walking regime.

Postprandial glycaemia, a factor known to be an independent determinant of cardiovascular risk, was assessed from the data produced by the CGMS. Overall it was 12% lower on average during the ‘post-meal walking intervention’ part of the study than when following conventional PA advice. Most of this difference was caused by the highly significant 22% reduction in postprandial glycaemia following the evening meal.

They conclude that: “The benefits relating to physical activity following meals suggest that current guidelines should be amended to specify post-meal activity, particularly when meals contain a substantial amount of carbohydrate.”