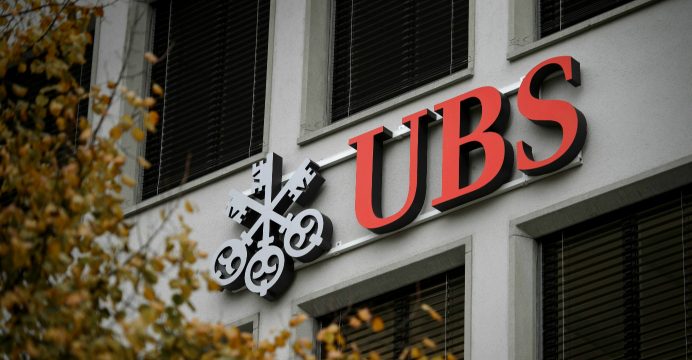 UBS to spend $1 billion to standardize the IT platform

UBS, the world’s biggest private bank, is spending around 1 billion Swiss francs ($1 billion) to standardize the IT platform across its flagship wealth management business, an investment it hopes will ultimately help lower costs.

“This is about integrating our historically fragmented infrastructure that we have globally into one platform,” the Swiss bank’s chief operating officer for wealth management, Dirk Klee, told Reuters.

“So we want to have the same processes, the same way of approaching UBS and we also want to raise synergies and scale in the back office.”

UBS did not give an estimate for the savings envisaged. The project to unify the IT structure, known as One Wealth Management Platform, began in 2013, with UBS aiming to have it finished by end-2018, reports Reuters.

A unified IT structure will make it easier to roll out digital features UBS is testing, Klee said, including its new online wealth management platform, SmartWealth.

If a pilot programme for SmartWealth in Britain, announced last week, is successful, UBS will roll out the programme in other markets, he added. They would include major markets in Europe and in Asia Pacific, where UBS has hubs in Singapore and Hong Kong.

UBS hopes SmartWealth will give it the scale to bank the so-called mass affluent, in addition to more traditional private banking clientele like millionaires and billionaires.

For now the platform will not include the bank’s U.S. business, which is run out of a separate Americas division, Klee said.

Since Sergio Ermotti became CEO in 2011, UBS has slimmed down its investment bank — where increased regulation has hit earnings — to focus on wealth management. It managed $1.7 trillion in assets in 2015, according to research firm Scorpio Partnership.

Struggling to grow revenues amid negative interest rates in Switzerland and restrained client activity, banks are under pressure to find savings.

Ermotti recently urged banking peers to work together to lower costs, which could include collaboration in the back office.

The bank already hopes to cut costs by hundreds of millions of dollars in wealth management through a new organizational structure, and is targeting 2.1 billion francs in group net savings by the end of next year.

Since the financial crisis, banks have also looked to simplify corporate structures which ballooned during the boom years, while scaling back in areas where they are less competitive.