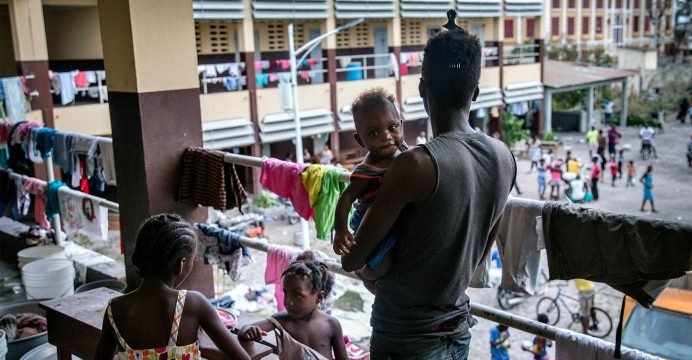 The World Food Programme (WFP) is supporting the Government of Haiti in providing emergency food assistance to 750,000 people in regions battered by powerful Hurricane Matthew.

WFP’s food distributions began on 8 October in the southwestern town of Jérémie, where the highest number of deaths from the hurricane has been reported. So far, around 30,000 people mostly living in shelters, have received rations comprising rice, pulses, vegetable oil and salt in the Grand’Anse and South departments.

“We work closely with the government to determine the most affected locations where we need to intervene in priority,” said WFP Representative in Haiti, Carlos Veloso.

When the hurricane struck Haiti, WFP had already pre-positioned 3,450 metric tons of food supplies, sufficient to feed up to 300,000 people for a month as part of a contingency plan. “We are using trucks and helicopters to transport that food as quickly as possible to save lives,” Veloso said. 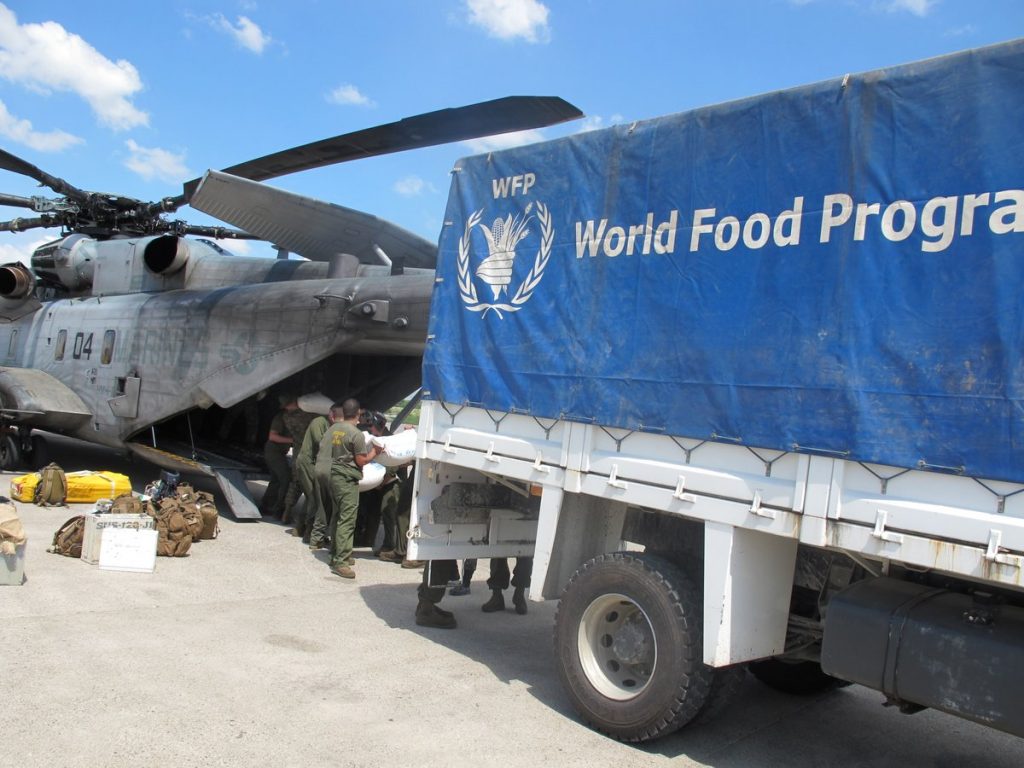 To support the Government-led response, the humanitarian community in Haiti has launched an appeal for a total of US$120 million to provide life-saving assistance over the next three months, of which US$46 million is needed to bring food assistance.

Category 4 Hurricane Matthew killed over 470 people when it struck Haiti on 3 October, according to the country’s Civil Protection Department. It caused extensive flooding and mudslides, damage to road infrastructure and buildings, and electricity and water shortages.

WFP has conducted assessments in five departments to determine the hurricane’s impact on the food and nutrition security of Haitians, in partnership with the Ministry of Agriculture, Natural Resources and Rural Development, the National Coordination for Food Security and the UN Food and Agriculture Organization (FAO).

Preliminary results show that almost 100 percent of the crops have been lost in Grand’Anse department. Other affected departments have lost at least 50 percent of their crops and fishing activity is reportedly paralyzed as boats and equipment were washed away.

“Many people I have met are surviving by eating fruit from fallen trees,” said Veloso. “What we are bringing to their families is nutritious food to help them rebuild their lives.”

As the lead agency of the Logistics Cluster, WFP is setting up a logistics group to provide coordination and facilitate common services including storage space in Les Cayes and Jérémie to support the emergency response of the whole humanitarian community. Telecommunications assistance from WFP is also being provided.