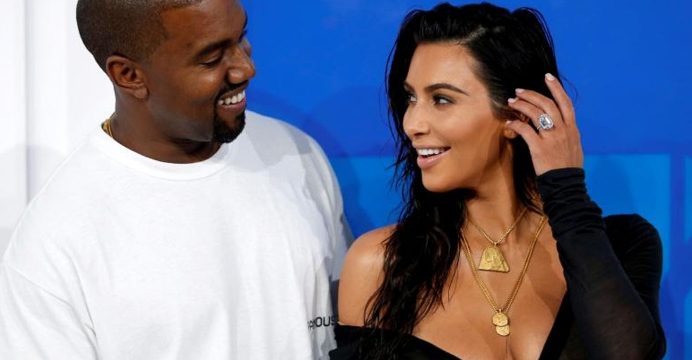 Reality television star Kim Kardashian sued the celebrity gossip website MediaTakeout on Tuesday for claiming that she lied about an armed robbery earlier this month in Paris.

Kardashian, whose show “Keeping Up With the Kardashians” is on hold following the robbery, filed a lawsuit in federal court in New York accusing the site of reporting that she staged the attack “without any factual support whatsoever.”

The 35-year-old was robbed of some $10 million in jewelry after masked men put a gun to her head and tied her up in a Paris apartment early on Oct. 3.

The lawsuit, which seeks unspecified damages for defamation, names both the site and its founder, Fred Mwangaguhunga, as defendants.

Mwangaguhunga refused to publish a retraction and an apology “for calling her a liar and a criminal,” the lawsuit said.

The site did not immediately respond to a request for comment.

Kardashian, who has kept an uncharacteristically low profile since the robbery, is married to the rapper Kanye West, with whom she has two children. Her family was not with her at the time of the incident.