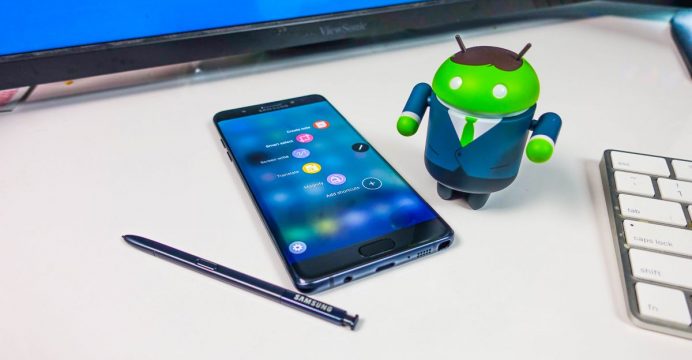 If you are using a Galaxy Note 7 smartphone, Samsung Electronics Co. and the U.S. Consumer Product Safety Commission ask that you turn off the phone and stop using it immediately. If you’re feeling frustrated and bewildered, you’re not alone, but here’s more info that can help.

On Tuesday, Samsung discontinued the Galaxy Note 7, having asked cellular carriers world-wide to halt sales. It would no longer replace recalled models with identical new ones. Many carriers had ceased carrying the phone on their own, after offering multiple replacements for the troubled handsets.

If you own a Galaxy Note 7—whether it is a recalled or a replacement device—you really have to take it back and get something else. Many phones were labeled “safe” because they weren’t part of the initial batch of known duds, but since many replacements were reported overheating, smoking and catching fire, all Note 7s are now considered potential hazards.

Why was the Note 7 recalled in the first place?

After dozens of reports of issues, Samsung initially decided on Sept. 1 to stop selling the Galaxy Note 7 and recall all the 2.5 million phones that had been sold to that point. At the time, the company pledged to replace the recalled phones with new Galaxy Note 7s, if owners held out for them. Shortly thereafter, the CPSC got involved, and formally recalled the roughly 1 million Note 7s in the U.S.

Following a shortage of replacement devices, sales resumed, but the continued incidents meant not only a renewed halt in sales, but Samsung’s ultimate decision to kill off the phone.

No. It isn’t known how many Galaxy Note 7 devices could overheat or catch fire, but this warning is something to take seriously. Using the phone could put you and those around you at risk.

What if I bought my Note 7 online or at a big-box store?

If you ordered your phone online from a retailer like Best Buy, Wal-Mart, Target or any other with a physical store, take your device into that store for an exchange.

If you bought your device from a retailer with no brick-and-mortar stores, reach out to the website’s customer service. EBay said it is working directly with Samsung and sellers to facilitate exchanges. The Note 7 is no longer permitted for sale on the site and all listings of it are being removed, eBay said.

What if I bought my Note 7 from a carrier?

Every major U.S. carrier— AT&T, Sprint, T-Mobile and Verizon—will settle up with any of their customers who bought a Galaxy Note 7. This can be in the form of a refund or an exchange. There are no restocking fees, and any Note 7-specific accessories can be returned for a full refund as well.

Even if you purchased your phone from a carrier’s website, you can get your refund or exchange in-store if you prefer. Some carriers are issuing $25 credits for people who stick with Samsung phones in the exchange. T-Mobile says it will give a $25 credit to people who exchange their Galaxy Note 7 for any phone.

Are other Samsung phones causing problems?

All of the recalls and consumer warnings concern only the Note 7. It is still generally considered safe to use the slightly smaller Galaxy S7 Edge, or the standard Galaxy S7. If you like Samsung, either of those could be a pretty attractive replacement.

What phone should I get instead?

Whatever you do, don’t get another Galaxy Note 7. We’ve seen them still for sale on eBay and other secondhand retailers, but resist the urge—even if the vendor lists them as “safe.” If you like the Note 7’s look and feel, take a peek at the S7 and S7 Edge. They’re the phones most similar to the Note 7, and are even a bit cheaper. The biggest difference? No stylus. For that, you may want to look into last year’s model, the Galaxy Note 5.