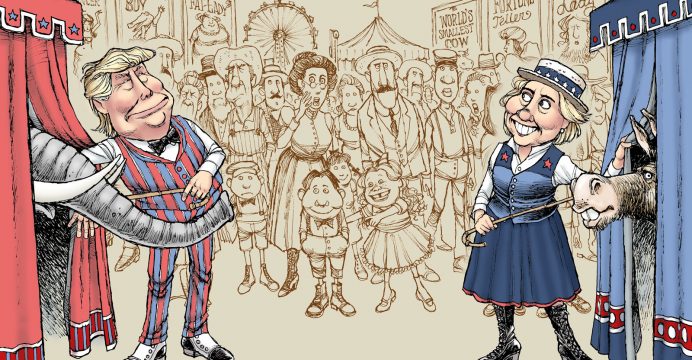 Those were a few of the milder terms used by tens of thousands of people online to describe Sunday night’s US presidential debate, as both candidates used the campaign set piece to launch their full social media arsenal towards the opposing side.

The opening salvo was actually fired before the candidates took the stage, when Donald Trump appeared on a Facebook Live video with three women who accused Bill Clinton of sexual misconduct. A fourth woman in the video is the victim in a rape case dating to the 1970s. Hillary Clinton was appointed to defend the woman’s rapist.

The shaky video starts with about half a minute of silence, with Trump pointedly disregarding questions about his own vulgar comments in that leaked videotape. 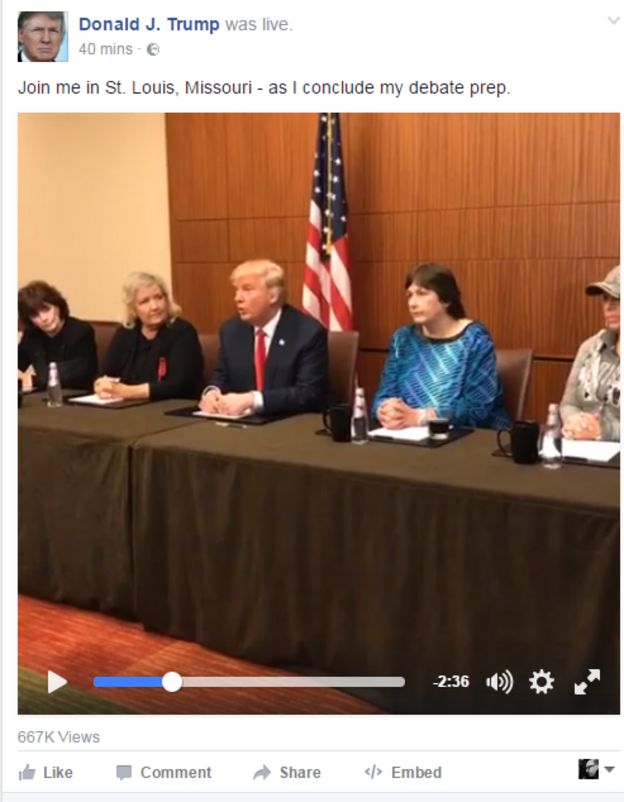 Clinton’s pinned Tweet – the post that appears at the top of her feed regardless of the chronological timeline below – included an attack ad featuring the Trump tape and a direct appeal to female voters.

Doubling down on “locker room talk”?! Like all men do this?! Trumps words are an attack on women, this pathetic excuse is an attack on men.