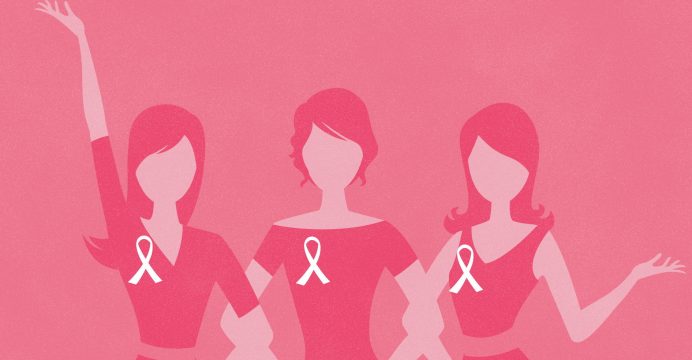 Patients taking ribociclib with letrozole were 44 percent less likely to see their disease progress or to die, a keenly awaited clinical trial found.

Novartis’ ribociclib works in a similar way to Ibrance and is set to be second to market in the category. It is expected to go on sale next year, ahead of Eli Lilly’s rival abemaciclib, reports Reuters.

Ibrance has been quickly adopted by oncologists and is tipped by analysts to sell some $2.1 billion in 2016, according to Thomson Reuters consensus forecasts.

The 44 percent reduction in progression-free survival seen with ribociclib, which is also known as LEE011, compared with a 42 percent fall reported in a comparable late-stage trial involving Ibrance.

Lead researcher Gabriel Hortobagyi of the MD Anderson Cancer Center in Houston said the two drugs appeared very similar both in terms of their efficacy and side effects.

“This is a practice-changing study and when it (ribociclib) is approved by the appropriate regulatory agencies it will be one of the major choices,” he told reporters.

The news may prompt industry analysts to increase sales forecasts for the drug. Currently, consensus forecasts for ribociclib are $1 billion in 2021 against $5.8 billion for Ibrance.

Alessandro Riva, head of cancer drug development at Novartis, told Reuters he believed the data showed that ribociclib was “at least as good” as Ibrance.

Like Ibrance, ribociclib caused a decline in white blood cells. The Novartis drug was also associated with signals of potential liver and heart problems, although these issues were well managed.

“The addition of ribociclib to letrozole does increase the rate of toxicity, but overall, if we evaluate the magnitude of clinical benefit, there is definitely a benefit to be gained from adding ribociclib,” said Giuseppe Curigliano of the European Institute of Oncology.

Novartis announced in May that the 668-patient trial was a success but full details were only unveiled in Copenhagen at the annual European Society for Medical Oncology congress. They were also published online in the New England Journal of Medicine.

Patients on letrozole alone went a median 14.7 months before their disease progressed, while the median point was not reached in the ribociclib combination arm because so many of those patients remained healthy.

The number of deaths in the study was also too low to allow researchers to calculate an impact on overall survival.

In August, Novartis won breakthrough therapy designation from U.S. regulators for ribociclib as a first-line treatment for advanced breast cancer and the company plans to file the medicine for approval worldwide this year.

Like Pfizer’s Ibrance, which has a U.S. list price of around $10,000 a month, ribociclib blocks enzymes known as cyclin-dependent kinases 4 and 6.