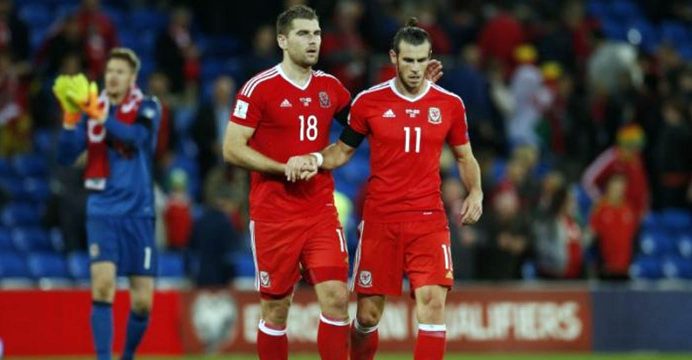 Georgia hold Wales as Bale closes in on record

Gareth Bale scored his 25th goal for Wales but Georgia fought back strongly to earn a deserved 1-1 draw in a World Cup Group D qualifier in Cardiff.

It left Wales, surprise semi-finalists at Euro 2016, with five points from three games. They lost the group leadership and dropped to third place when Serbia and Ireland both won later on Sunday.

Wales, who have only ever qualified for the finals once, in 1958, took the lead in the 10th minute when Real Madrid’s Bale leapt above his markers to head in Joe Ledley’s corner.

He is now only three goals behind Ian Rush’s national record of 28 goals.

The home team paid for a lack of urgency, however, after 57 minutes when Tornike Okriashvili headed an equaliser.

Georgia, dangerous on the counter-attack, could have gone on to win but Levan Mchedlidze missed when clean through and Valeri Qazaishvili hit the bar.

“It was the dream start but then we got too comfortable,” said Wales manager Chris Coleman.

“We could have lost it in the second half.”

Next month Wales are at home again, to Serbia, while Georgia play Moldova