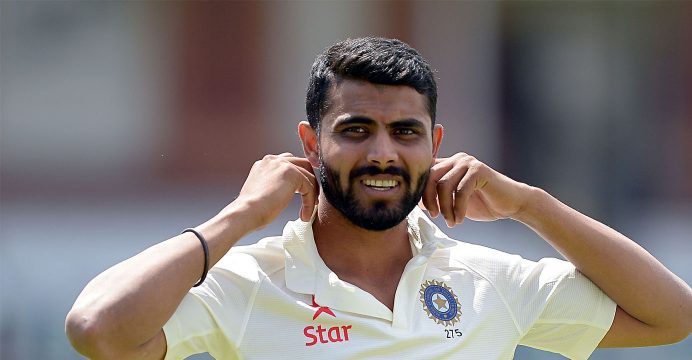 Ravindra Jadeja of India has been fined 50 per cent of his match fee and has also received three demerit points for breaching Level 2 of the ICC Code of Conduct during the second day’s play in the third and final cricket Test against New Zealand in Indore on Sunday.

Jadeja was found to have breached Article 2.2.11 of the ICC Code of Conduct for Players and Player Support Personnel, which relates to “causing avoidable damage to the pitch during an international match”.

In accordance with Article 7.3 of the revised Code, which came into effect on 22 September, in addition to the sanction imposed for his breach of Article 2.2.11, three demerit points have been added to Jadeja’s disciplinary record.

Pursuant to Article 7.6 of the Code, if Jadeja reaches four or more demerit points within a 24-month period, his demerit points will be converted into, at least, two suspension points which will equate to a ban from his next match or matches. Two suspension points equate to a ban from one Test or two ODIs or two T20Is, whatever comes first for the player.

The incident happened during India’s first innings when Jadeja, after previously receiving two informal and one official warnings, infringed the protected area for the fourth time and damaged it.

Jadeja admitted the offence and accepted the sanctions proposed by David Boon of the Emirates Elite Panel of ICC Match Referees and, as such, there was no need for a formal hearing.

The charge was levelled by on-field umpires Kumar Dharmasena and Bruce Oxenford, both from the Emirates Elite Panel of ICC Umpires, third umpire Chettithody Shamshuddin and fourth official Nitin Menon.

Level 2 breaches carry an imposition of a fine of between 50 and 100 percent of applicable match fee and/or up to two suspension points, and three or four demerit points.