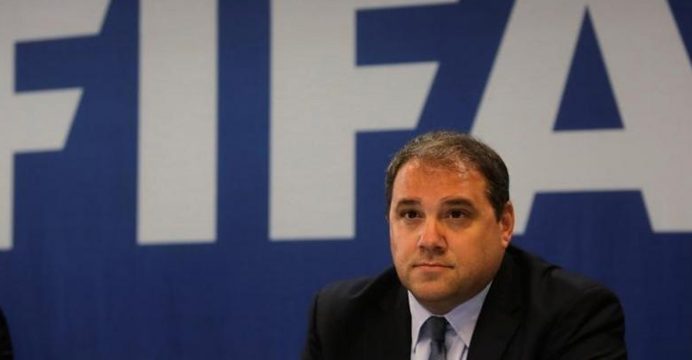 World soccer body FIFA was right to wind up its anti-racism task force but got it wrong when it came to explaining why it did so, new CONCACAF president Victor Montagliani said on Wednesday.

“I think anti-racism has to be embedded in your day-to-day organisation, not in a committee,” the head of the body that governs soccer in North and Central America and the Caribbean told Reuters.

“A committee that maybe meets once a year. Really? You’re going to fight anti-racism? No, you’re not,” the Canadian, who was elected in May and is also a vice-president of FIFA, said at the Leaders Sports Business Summit.

“Anti-racism is not fought once a year, it has to be fought daily,” he added. “But I think maybe the communication wasn’t the best.”

Britain’s Kick It Out anti-racism group said at the time that it was perplexed by FIFA’s decision, with the move coming less than two years before the World Cup in Russia — a country it said was “notorious for racism and abusive activities towards minorities”.

The task force was set up in 2013 under now-disgraced ex-FIFA president Sepp Blatter and the original chairman was then-CONCACAF president Jeffrey Webb, who was among high-ranking soccer officials arrested in Zurich in May last year.

Webb has pleaded guilty in the United States to offences linked to racketeering, fraud and money laundering.

Piara Powar, the executive director of the anti-discriminatory Football Against Racism in Europe (FARE) body agreed Montagliani, whose country was recently fined by FIFA for “incidents involving discriminatory and unsporting conduct by fans” during World Cup qualifiers, had a point.

“I think the issue was the way in which FIFA announced it to the members (of the committee),” he told Reuters.

“It did talk about how ‘our mandate has been fulfilled’ and that sort of thing. It was the wrong language, and particularly when you have people who are unhappy with that and then make the letter public.

“That was the clumsiness of abolishing the task force but what Victor says otherwise is very plausible. And it’s true that work gets done day-to-day.”

Powar said FARE was doing far more with FIFA now than before.