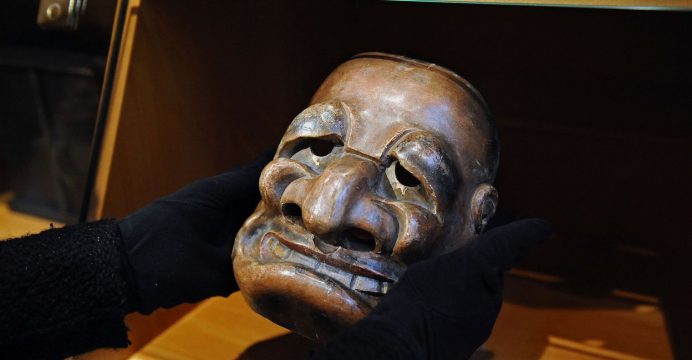 Black artists’ exploration of race and segregation on show in Paris

A new exhibition in Paris spotlights racism and segregation through the works of African-American artists and comes amid tense race relations in the United States.

“The Color Line,” which opened on Tuesday at the Quai Branly-Jacques Chirac Museum and runs through Jan. 15, features artists such as Robert Duncanson, Aaron Douglas and Lois Mailou Jones.

The exhibit showcases the issues faced by the black community throughout history and resonates with the present-day Black Lives Matter movement that arose from police slayings of mostly unarmed black men over the past three years, reports Reuters.

The exhibition’s curator, art critic Daniel Soutif, said that while African-American artists had diverse styles, they shared a common history which animated their work.

“The role of these artists was essentially to construct an image of the black person that was different from the one transmitted by racist images, by stereotypes,” Soutif told Reuters.

As early as the 19th century, African-American painters were highlighting racial struggles.

Duncanson’s “Uncle Tom and Little Eva,” completed in 1853, is viewed as the artist’s depiction of salvation for both white men and slaves, mirroring the theme of the novel “Uncle Tom’s Cabin” by Harriet Beecher Stowe.

Aaron Douglas’s “Into Bondage” from 1936 is his rendering of enslaved Africans bound for the Americas, in optimistic blue tones viewed as a symbol of hope.

Lynchings between 1880 and 1980 were a strong theme in African-American art – featured in the celebrated portrait “Mob Victim” by Lois Mailou Jones and the striking linographs of Hale Aspacio Woodruff.

The exhibition takes viewers through a sweep of the civil rights movement, the rise of Harlem, and introduces the new millennium with contemporary art work, and media featuring Barack Obama’s presidency.

“He’s a president that will be remembered in history, not simply because he was the first Afro-American president, but because of the policies that he put forward. But Obama himself did not succeed in eradicating the racist mentality among a number of Americans,” Soutif said.

Works as recent as Hank Willis Thomas’ “Amandla” (2013), showing a fist coming out of a door, are testament that today’s African-American artists are grappling with the same themes as their predecessors.