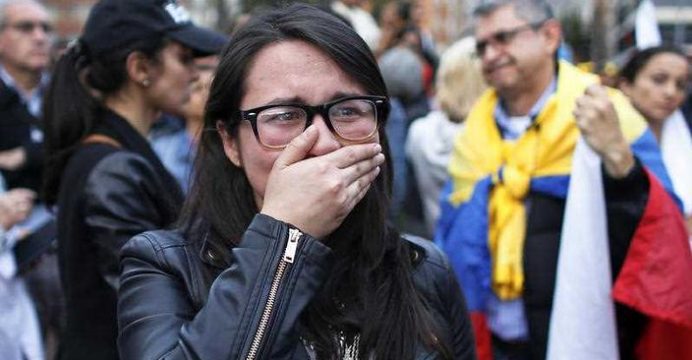 In a televised address a day after voters rejected the agreement in a referendum, Santos said he had asked the government’s chief negotiator Humberto de la Calle to “begin discussions as soon as possible addressing all the necessary issues to have an agreement and realize the dream of every Colombian to end the war with the FARC.”

De la Calle had earlier offered his resignation, saying he did not want to be “an obstacle to what comes next.” 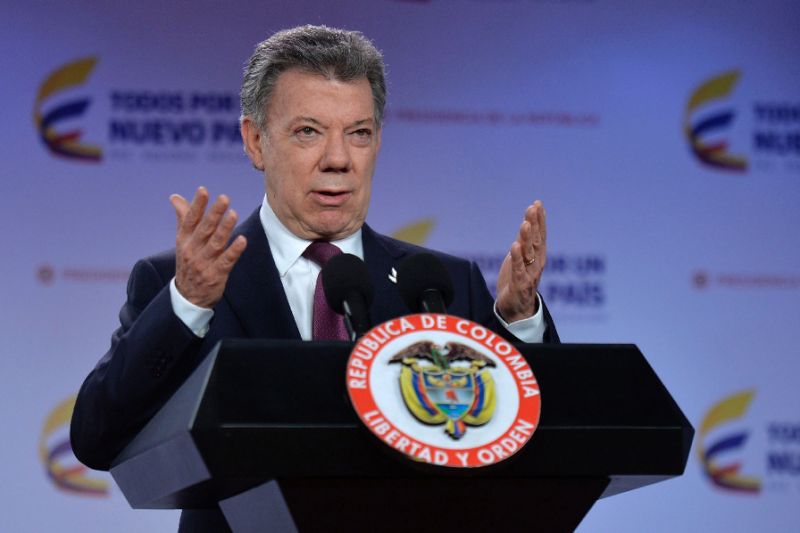 Monday’s announcement came after Santos — who has staked his legacy on ending the 52-year-old conflict — called an emergency meeting with leaders of the country’s political parties to try to chart a way forward after Sunday’s shock referendum defeat. As he arrived, a visibly crestfallen Santos said the meeting would seek “common ground and unity.”

“That’s more important now than ever,” he said.

The leader of the Revolutionary Armed Forces of Colombia (FARC), Rodrigo Londono, meanwhile said in a video from Havana — where the peace talks were held — that the Marxist guerrillas, like the government, remained committed to an ongoing ceasefire.

Londono — better known by the nom de guerre Timoleon “Timochenko” Jimenez — said the rebels were prepared to “fix” the rejected deal. The result “does not mean the battle for peace is lost,” he said.

UN Secretary-General Ban Ki-moon, who had offered a UN team to oversee the disarmament process, said he had “urgently” sent his Colombia envoy to Havana, where the four-year talks have been held, for new consultations.

But the outcome left no clear path to ending a conflict that has claimed more than 260,000 lives and left 45,000 missing.

Opinion polls had shown the “Yes” camp well ahead, and negotiators had said there was no Plan B in the event of a “No” vote.

The peace deal had been hailed as historic from the time it was concluded on August 24 to the moment it was signed last week in the presence of Ban and US Secretary of State John Kerry.

But many Colombians resented the blood shed by the Marxist guerrillas and the lenient punishment the deal meted out for their crimes. Voters rejected the agreement by a razor-thin margin: 50.21 percent for the “No” camp to 49.78 percent for “Yes.”

Voter turnout was low, at just over 37 percent. Although a referendum was not required to adopt the deal, Santos insisted on holding one to ensure its legitimacy.

HATRED OF THE FARC

The deal, which failed Sunday when Colombians narrowly voted against it, broadly split the country between those who have experienced the war first-hand and those who have mainly watched it on the news, experts said.

“The rural world, which has lived through the conflict, bet on peace. The urban world said ‘No,'” said Ariel Avila of Colombia’s Peace and Reconciliation Foundation.

“Because urban Colombia didn’t live through combat, air strikes… it doesn’t see the need,” for making concessions to the leftist rebels, he told AFP.

Santos’s top political rival, former president Alvaro Uribe, led the “No” campaign. His right-wing party, the Democratic Center, was notably absent from the meeting Santos held at the presidential palace to assess options following the referendum.

The accord called for the FARC’s 5,765 rebels to disarm and the group to become a political party with guaranteed seats in Congress.

That did not sit well with some Colombians who remember the FARC for massacring civilians, seizing hostages and sowing terror in a multi-sided conflict that has seen atrocities committed all around.

“How should we respond to the damage they’ve done to the nation? That sums it all up,” said political analyst Jorge Restrepo, head of Bogota’s Conflict Analysis Resource Center.

Santos and Londono had been tipped as top contenders for this year’s Nobel Peace Prize. But that prospect all but vanished with the referendum defeat, experts said.

“The Colombian peace treaty or anybody associated with it simply is not a candidate for the Nobel Peace Prize this year,” said Kristian Berg Harpviken, director of Oslo’s Peace Research Institute.

The accord has now “lost legitimacy” to the point that it “is dead and cannot be implemented,” said Maria Luisa Puig of the Eurasia Group consultancy.

The FARC launched its guerrilla war in 1964 after the army crushed a peasant uprising. Over the years, the conflict has drawn in several leftist rebel groups, right-wing paramilitaries, and drug gangs.