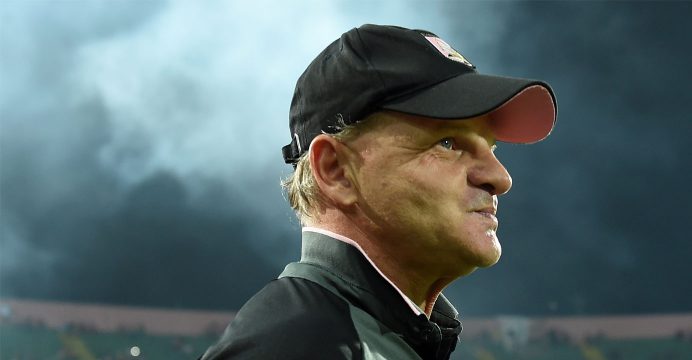 Serie A strugglers Udinese announced the sacking of coach Giuseppe Iachini following a 3-0 home defeat to Lazio on Sunday.

“Udinese Calcio announces that Giuseppe Iachini has been relieved of his duties as first-team coach,” said a brief statement by the club on its official Twitter account.

Jeers and whistles rained down on Iachini as Udinese fell to goals from Ciro Immobile (two) and Keita Balde on their way to a fourth defeat in seven games.

With 15 minutes remaining, fans began leaving the Dacia stadium in their droves.

Iachini joined the northern club earlier this summer with high hopes after a rollercoaster last season with Palermo.

He was sacked by Palermo’s notoriously trigger-happy president Maurizio Zamparini in November 2015.

But Iachini, following a period in which Zamparini appointed four different managers in a month after sacking Davide Ballardini, returned in mid-February 2016, only to be sacked again on March 10.