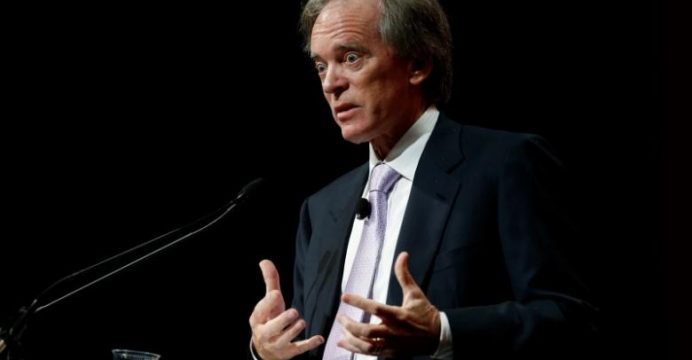 If the companies can tame an operation that will span Denver to London to a venture in Japan, that new heft could help thwart expanding regulatory scrutiny in the industry and a move toward low-cost passive investing.

Shares of both companies surged. Henderson’s shares were last up 17 percent, while Janus rose 11 percent in morning trading on the New York Stock Exchange. The companies said the deal would boost earnings by more than 10 percent

The merger comes as some small and mid-sized players in the industry look to gain scale, streamline operations and diversify in order to protect profits as clients push fees down and regulators ramp up scrutiny of fund managers’ practices. That reality has prompted speculation that further tie-ups in the industry are possible.

“The combined product line-up will be much more balanced and diverse,” Henderson Chief Executive Andrew Formica told a media call, adding Henderson had strength in British and European markets while Janus, which hired Pimco co-founder Bill Gross as fund manager in 2014, was strong in the United States and Japan.

Henderson and Janus shareholders are expected to own approximately 57 percent and 43 percent, respectively, of Janus Henderson Global Investors’ shares, with the merger completing in the second quarter of 2017, subject to regulatory approvals.

Formica and Janus CEO Dick Weil will be co-chief executives of the merged firm. The merger will involve a share exchange in which each Janus share will be exchanged for 4.719 newly issued shares in Henderson, the firms said in a statement.

“We see this as a positive move with complementary asset bases and a very material cost synergy figure,” analyst Paul McGinnis at Shore Capital said in a client note, while Keith Baird at Cantor said the deal “may kick off a round of merger speculation involving other asset managers such as Jupiter.”

The firms said they were targeting annual cost savings of at least $110 million, which Henderson chief financial officer Roger Thompson told the media call represented around 10 percent of the combined group’s cost base.

Cost savings would focus on overlapping functions and areas such as offices and IT, Thompson added. Janus’ largest shareholder, Dai-ichi Life, supports the deal, the firms said.

The combined company will apply for a primary listing in New York, keeping Henderson’s Australian listing but delisting in London. Talks on the merger began at the beginning of the year and were not impacted by the Brexit vote, Formica said.