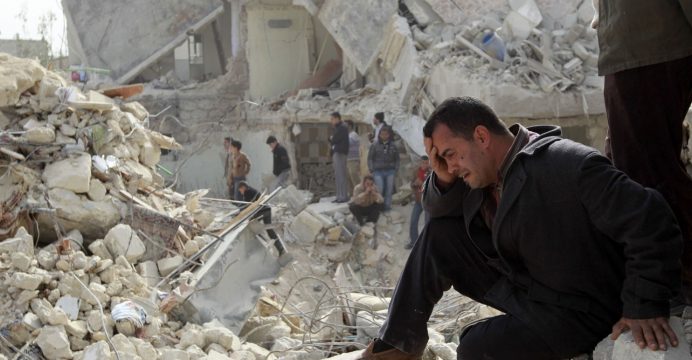 Syrian government and allied forces have advanced toward Aleppo, pursuing their week-old offensive to take the rebel-held part of the city after dozens of overnight air strikes.

The Syrian army told the insurgents to leave their positions, offering safe passage and aid supplies.

Syrian forces supported by Iranian-backed militias and Russian air power began their push to take the whole of the divided city after a ceasefire collapsed last month, reports Reuters. 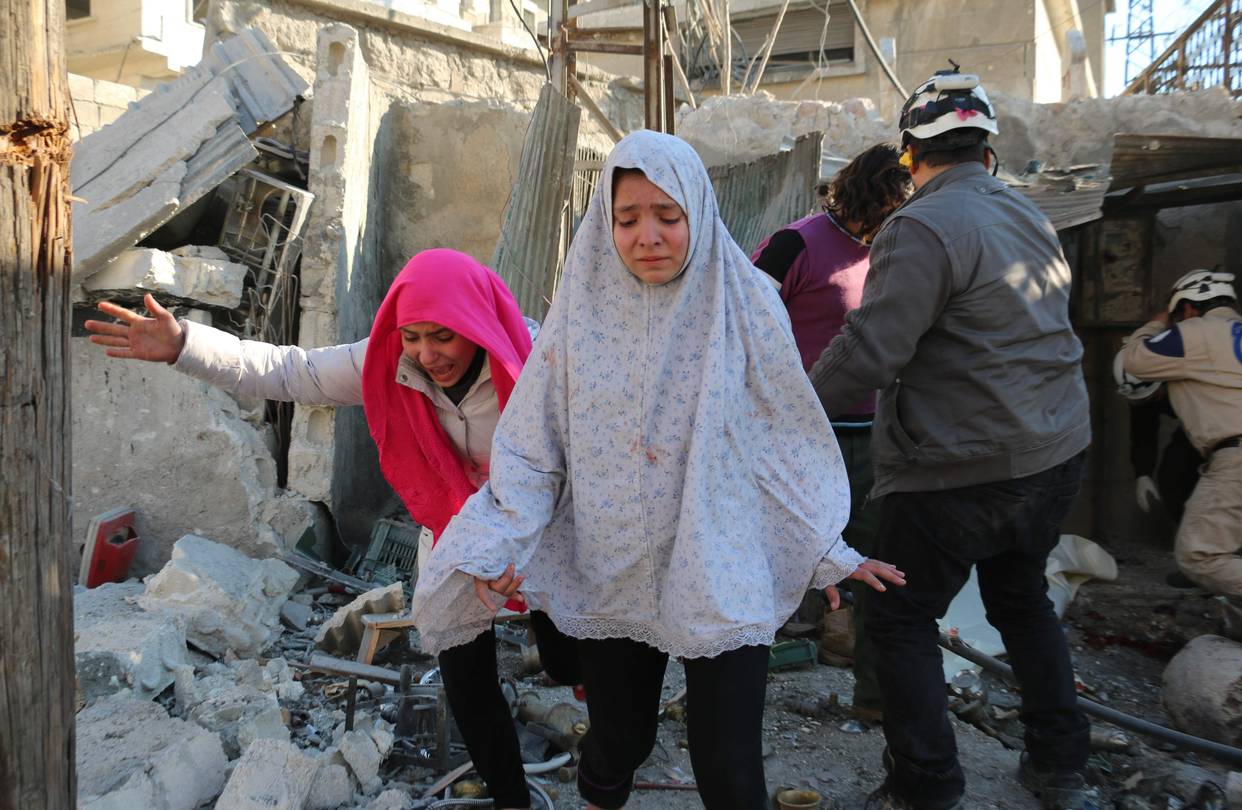 While Russian Foreign Minister Sergei Lavrov and U.S. Secretary of State John Kerry spoke by phone to discuss normalization of the situation, Britain said the bombing of hospitals by forces loyal to Syrian President Bashar al Assad made it impossible talk about peace.

“It is the continuing savagery of the Assad regime against the people of Aleppo and the complicity of the Russians in committing what are patently war crimes – bombing hospitals, when they know they are hospitals and nothing but hospitals – that is making it impossible for peace negotiations to resume,” British Foreign Secretary Boris Johnson said.

An air campaign by the Syrian government and its allies has been reinforced by a ground offensive against the besieged eastern half of Aleppo, where insurgents have been holding out.

The Syrian Observatory for Human Rights and the Syrian military said on Sunday that the army and its allies had advanced south from the Handarat refugee camp north of the city, taking the Kindi hospital and parts of the Shuqaif industrial area.

Zakaria Malahifji, of the Aleppo-based rebel group Fastaqim, told Reuters there were clashes in this area on Sunday.

The Observatory said air strikes and shelling continued on Sunday and there was fierce fighting all along the front line which cuts the city in two.

The Syrian army said that rebel fighters should vacate east Aleppo in return for safe passage and aid supplies.

“The army high command calls on all armed fighters in the eastern neighborhood of Aleppo to leave these neighborhoods and let civilian residents live their normal lives,” a statement carried by state news agency SANA said.

East Aleppo came under siege in early July after its main supply route, the Castello Road, fell under government control.

International attempts to establish ceasefires to allow in United Nations humanitarian aid have failed, although other aid groups have brought in limited supplies.

The U.N’s Under-Secretary-General for Humanitarian Affairs, Stephen O’Brien, said he was “deeply alarmed by the ferocious pummeling of eastern Aleppo” and reiterated U.N. calls for a pause in fighting, medical evacuations and access for aid.

“The health system is on the verge of total collapse with patients being turned away and no medicines available to treat even the most common ailments.”