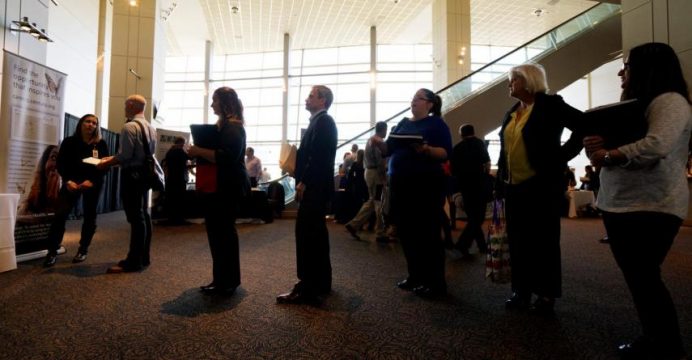 US unemployment claims held in a historically low range

US unemployment claims held in a historically low range last week, the Labor Department reported on Thursday, pointing to a continued tightening in the jobs market.

Initial claims for unemployment insurance, an indicator of the pace of layoffs, numbered 254,000 in the week to September 24, 3,000 more than the previous week but in line with the four-week average, reports BSS.

“This marks 82 consecutive weeks of initial claims below 300,000, the longest streak since 1970,” the Labor Department said in a statement.

The streak of low claims attests to steady tightening of the US employment market, with the economy pumping out an average of 181,000 jobs a month so far this year.

The unemployment rate has held steady, however, at 4.9 percent, indicating that tens of thousands of dropouts from the jobs market are returning as the economy strengthens.