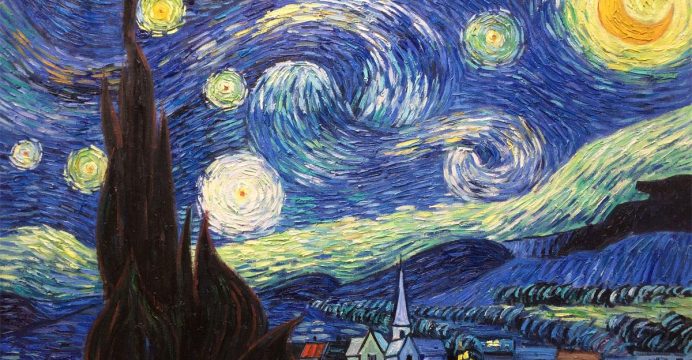 Vincent Willem van Gogh was a Dutch Post-Impressionist painter who is among the most famous and influential figures in the history of Western art. Two stolen Vincent Van Gogh paintings worth millions of euros were found in an Italian country house belonging to an alleged mafia drug smuggler, police said on Friday, 14 years after they disappeared in a daring heist in Amsterdam.

Italian investigators displayed the recovered artworks – a sea scene and a church where the painter’s father was minister – to reporters in Naples, saying each was worth an estimated 50 million euros ($56 million).

“It is a great day for us today to see the works and to know that they are safe and that they are in safe hands,” said Axel Ruger, director of Amsterdam’s Van Gogh museum, who was present when the paintings were shown to reporters.

“We may have to be a bit patient, but we hope that we will have them soon back where they belong,” he said, adding the museum would respect Italian legal procedures.

The paintings were found wrapped in cloth inside a safe in a country house south of Naples that prosecutors said belonged to Raffaele Imperiale, a 41-year-old businessman accused in January of running an international cocaine trafficking ring together with high-ranking mobsters from a clan made famous in the 2008 film “Gomorra”.

Imperiale is a fugitive and Italian investigators suspect he is living and running a construction business in Dubai. But the arrests of 11 members of his alleged ring in January, including one man who turned state’s witness, led investigators to the paintings.

Along with the artworks, which Naples prosecutor Giovanni Colangelo said were probably purchased with drug proceeds, police seized a small airplane, boats, 49 properties, and 88 bank accounts worth some 20 million euros.

The paintings vanished in 2002 after a heist in which thieves used a ladder to climb onto the Van Gogh Museum’s roof and break into the building. They escaped by sliding down a rope in a robbery considered by the U.S. FBI as one of the top ten global art crimes.

Two men were later caught and convicted of the theft thanks in part to DNA evidence linking them to the scene. They were sentenced to 4 years and 4 years, six months, respectively, but the paintings were not recovered.

Colangelo said the artworks were found “a few days ago”, and Italian and Dutch experts were called in to authenticate whether they were indeed the stolen works.

The recovered works, “Congregation Leaving the Reformed Church in Nuenen” (1884/5) and “View of the Sea at Scheveningen” (1882), are both from relatively early in Van Gogh’s short, tempestuous career.