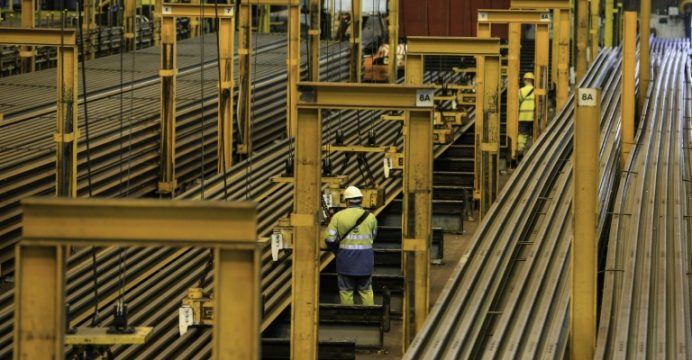 In the fierce heat of a roaring blast furnace, liquid hot iron gushes forth from the taps, sending sparks dancing into the air at a sprawling steelworks in northern England.

The Scunthorpe complex is the latest reincarnation of British Steel, the former state-run behemoth that once towered over the nation’s economy — and now appears to be in recovery mode after a deep crisis, reports BSS.

“There’s been some dark times — periods of mass redundancy, a lot of negative press — but now we are starting to see positive results financially,” blast furnace manager Sam Thomas, 29, told AFP as melted iron ore spewed in the background.

“We’re also starting to feel a bit more like the morale is picking up,” said Thomas, who has worked at the facility for 11 years. 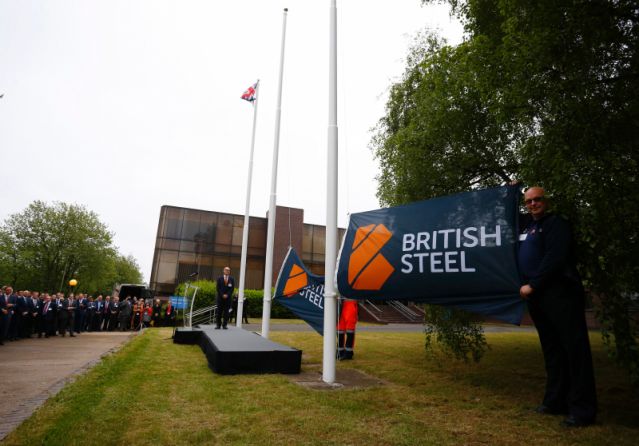 On its 100th day of trading on Thursday, the new British Steel announced that it was back in profit following a painful cost-slashing turnaround plan.

“There were many months of uncertainty and we all worked hard to get to a profitable situation,” said Thomas, who oversees four gigantic blast furnaces established in the 1950s and named after queens of England — Anne, Bess, Victoria and Mary.

The group, sold by India’s Tata Steel to investment firm Greybull Capital in May, said Thursday it had turned from “significant” losses over the last few years to a stage where it was now back in profit.

The region was thrown into disarray last year when Tata Steel put its European long products division up for sale as it refocussed on strip steel, in the face of a collapsing market.

The move sparked worries that Scunthorpe — whose community of 65,000 inhabitants has been built around steel for generations — could become a ghost town.

Long steel products comprise plates, rails for railways, sections used in construction, and wire rod. The latter can be used as steel rope for infrastructure like suspension bridges or filaments for car tires to give rigidity.

In late 2015, Tata had scrapped Scunthorpe’s plates output — a key market which has been ravaged in recent years by China’s steel overcapacity and the subsequent flood of cheap imports into Europe.

In May 2016, Greybull bought the long products division — including a steel mill in Hayange in northern France — and renamed it British Steel in a deal under which Tata retained responsibility for the old British Steel’s costly pension scheme.

The new firm focussed its efforts on niche output of long products with keen domestic demand, and its facilities in Britain and France now produce 2.8 million tons per year.

News of the group’s profitability was welcomed Thursday by Scunthorpe’s 3,000- strong workforce, who had also agreed to a pay cut and different terms and conditions of employment. The pay cut is now due to be reversed in June 2017.

– ‘Not out of the woods’ – Britain’s trade body UK Steel has said it wants the British government to help the industry more with both high energy costs and business rates and what it says are unfavourable national procurement policies.

“I welcome that they have brought the British Steel brand back to life. I think fundamentally it’s a good and viable business and should have a strong viable future,” UK Steel chief Gareth Stace told AFP.

The shock of Britain’s EU exit referendum has been a double-edged sword, clouding the economic outlook but also making exports more competitive by sending the pound tumbling.

“The only thing we see is the loss of value of the British pound, and that still for us is balanced: our raw material is becoming more expensive but the value of our sales outside of Europe actually compensated for that.”

At the same time, there has been a modest recovery in steel prices — after more than two years of collapse fuelled by cheap Chinese imports.

“We’re not out of the woods yet, but we’re in a much more positive place,” said Andrew Wilson, area technical manager of rail at Scunthorpe.

“The future’s looking good. If you shut the steelworks then the town becomes a ghost town. It’s critical to the area.”