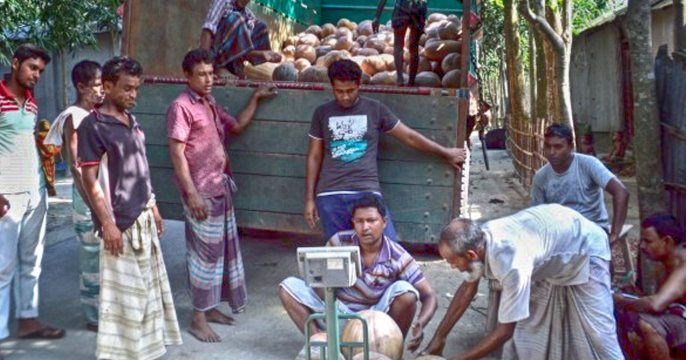 Pumpkin production in a sandy land is one of the solutions that has been helping extreme poor to move out of poverty in Bangladesh. Thousands of extremely poor living in the river embankment of the Tista river in Bangladesh to enhance their capacity, skills and knowledge, particularly in the areas of agricultural production and marketing of the goods they produce.

Since 2009 Practical Action’s Extreme Poverty Programme has been working with river eroded communities to support their livelihoods and empower them economically. 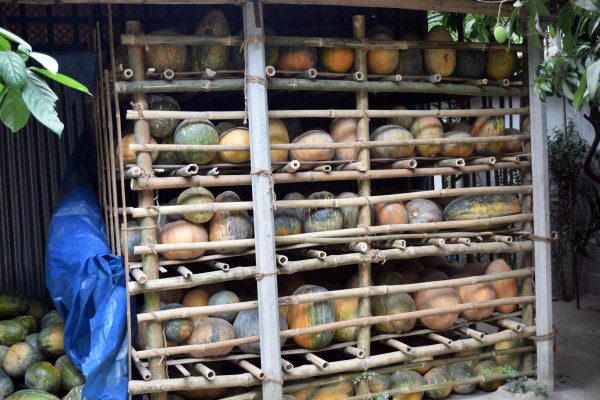 This system, ensuring a fair price, the pumpkin producer association has been playing an important role for poor farmers.

In the last production season, 41MT pumpkin was exported to Malaysia through the association. From this, 210 farmers household benefited. The producers got BDT 2.5/ per kg more in comparison with the local market price.