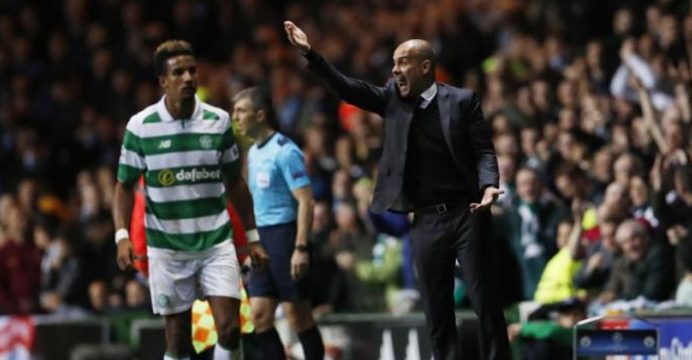 Pep Guardiola witnessed the end to his perfect record with Manchester City as his Premier League leaders had to come from behind three times to earn a 3-3 draw at Celtic in a dazzling Champions League Group C encounter on Wednesday.

Guardiola’s men were taken aback by the fevered atmosphere at Celtic Park as they were denied an 11th straight win which would have equalled Tottenham Hotspur’s 1960-61 landmark as the best start to a season by any English club, reports Reuters.

The inspired Scottish champions, unrecognisable from the side humbled 7-0 at Barcelona in their opening game, sniffed a sensation after Moussa Dembele scored at the start of each half and when Raheem Sterling netted a first-half own goal.

Yet City simply refused to be subdued, responding with strikes from Fernandinho, the excellent Sterling and Nolito and coming close to a late winner before settling for the point that moves them into second place in the group on four points behind Barcelona, who won 2-1 at Borussia Moenchengladbach.

“The support was amazing and that combination of the players’ effort and the atmosphere made it a difficult night for Manchester City,” said Celtic’s manager Brendan Rodgers.

Yet Guardiola was left frustrated by the end of City’s 100 percent record, though proud of his side’s resilience. “We should have won it,” he said, reflecting on their squandered late chances. 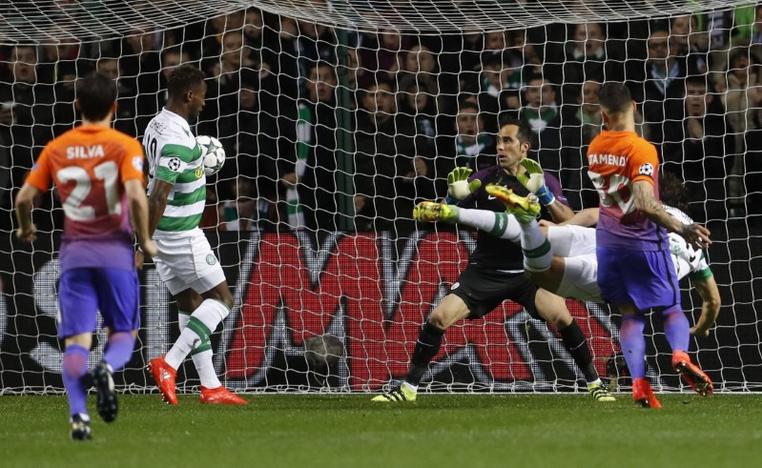 Following their humiliation at the Nou Camp, Celtic vowed it would be very different at their famed Glasgow fortress and took only two-and-a-half minutes to become the first team to take a lead against City this season.

A well-aimed free kick from Scott Sinclair found James Forrest at the back post and his volley across goal was met by an Erik Sviatchenko header that brushed off the chest of Dembele, who actually looked offside.

City did well to regain a modicum of composure amid Celtic’s whirlwind start, Fernandinho controlling a mis-hit Aleksandar Kolarov shot before firing in an 11th-minute equaliser.

Celtic could not be subdued, though, with teenage defender Kieran Tierney powering down the left flank in the 20th minute and unleashing a shot that deflected off a despairing Sterling’s boot past Claudio Bravo.

The exceptional Sterling soon made up for his misfortune by producing an exquisite piece of trickery in the box before poking home his fifth goal of the season.

Dembele was even quicker to strike after the break, hooking the ball expertly into the net after just 70 seconds following sloppy defensive work from Kolarov yet a typically intricate move from City saw Nolito slot home a 55th-minute equaliser.

City belatedly began to take control and, with his goal under siege, it needed a magnificent save from Craig Gordon off a deflected Ilkay Gundogan shot to protect the point Brendan Rodgers’s men so richly deserved.