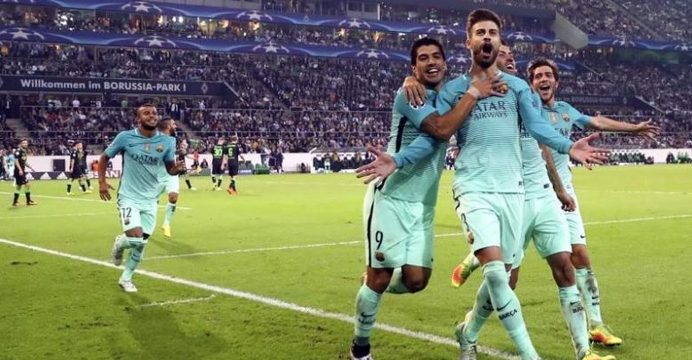 Barcelona battle from goal down to beat Gladbach 2-1

Barcelona battled back from a goal down and scored twice in the second half to overcome hosts Borussia Moenchengladbach 2-1 in their Champions League Group C match on Wednesday despite the absence of the injured Lionel Messi.

Second-half goals from substitute Arda Turan and Gerard Pique gave the Spaniards their second win in two group matches to top the standings, after their opening 7-0 demolition of Celtic.

The hard-working Germans had taken a surprising lead, scoring against the run of play, with Thorgan Hazard slotting in to complete a quick break in the 34th minute.

“We took a deserved victory and this was a reward for the effort made by the entire team,” Barcelona coach Luis Enrique said.

“We dominated the first half and created several chances. We did not carve out as many chances after the break but overall it was a deserved win.” 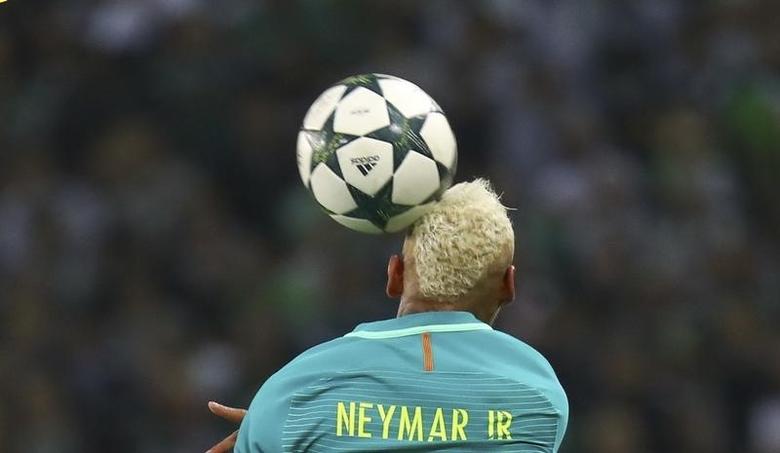 Barcelona, who had Argentine Messi missing with a groin injury, are now on six points after their second group win.

The hosts, who managed just one shot on target have zero, after their second loss in the group ended an 11-match winning streak at home in all competitions.

Manchester City drew with Celtic 3-3 in the other group game to stay second on four points.

Enrique started with Andres Iniesta, Javier Mascherano, Jordi Alba and Ivan Rakitic, all of whom were rested in the 5-0 thrashing of Sporting Gijon at the weekend.

Despite the absence of Messi it was the Spaniards who stamped their authority on the game early on and carved out the first chance with Neymar’s shot from inside the box saved by keeper Yann Sommer after seven minutes.

Luis Suarez should have put them ahead three minutes later when he pounced on a defensive error but he saw his powerful left-footed shot sail narrowly wide.

The Uruguayan was also the recipient of a brilliant defense-splitting pass from Neymar but instead of rifling home he tried a cutback to Alcacer that was cleared.

Gladbach gradually grew in confidence and scored when forward Raffael, back from injury, gained possession in midfield and launched a quick break with Hazard tapping in from a Mahmoud Dahoud pass.

The Brazilian’s injury in the 48th minute and his substitution, however, took out most of their pace.

The introduction of Turan on the hour brought instant results for the Spaniards, with the Turk picking up a Neymar assist in the 65th and drilling the ball into the roof of the net from a tight angle.

Pique then pounced on a weak clearance by Sommer to tap in the loose ball and hand Barcelona a hard-fought victory.