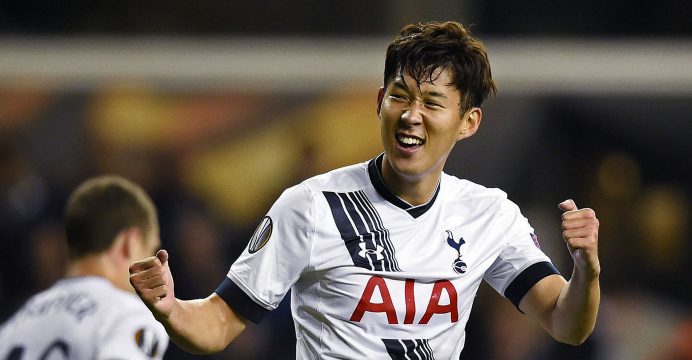 South Korea coach Uli Stielike has slammed the attitude of Son Heung-Min, despite the attacker earning rave reviews for his match-winning performances for Tottenham in the English Premier League (EPL).

Stielike rebuked the 24-year-old Son, who has scored four goals in his last two league games as Tottenham rose to second in the English Premier League table, for his “problematic” behaviour, reports BSS.
“As many people have already seen from the stands or on television, I think his behaviour away from the field can be problematic,” warned Stielike Monday as he selected Son as his first-choice front man in a 23-man squad for World Cup qualifiers against Qatar and Iran next month.

German Stielike hinted that Son, and others, could be dropped in future if his behaviour did not improve.

“Unless he gets his act together and changes his attitude, I will have to think about the rest of the team as the coach.

“All players have to be careful,” the disciplinarian Stielike was reported as saying by Yonhap news agency.

During a World Cup qualifier against China earlier this month, Stielike substituted Son in the final moments of the match as South Korea clung on to a 3-2 lead.

Visibly frustrated, Son kicked at a water bottle as he left the field. The coach then embraced him and shared a few words, but Son turned and kicked the ground in frustration. In June, Son apologised after throwing a towel toward the bench after being substituted during a 6-1 friendly defeat against Spain.

Stielike said the problem wasn’t confined to Son and he questioned the attitude of some other Korean players who had recent public spats with their club managers.

And Swansea City midfielder Ki Sung-Yueng refused to shake hands with his Italian coach Francesco Guidolin after being benched during a defeat to Southampton earlier this month. “This is not a good attitude”, said Guidolin.